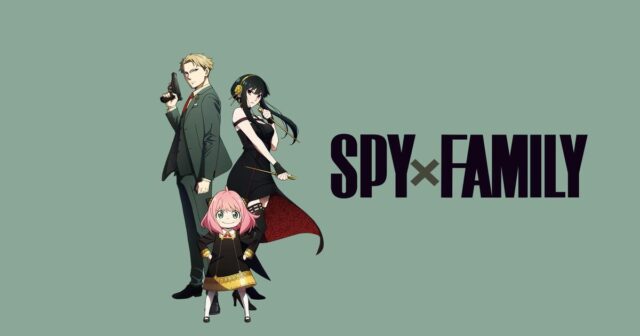 Spy x Family, a new anime series, is currently releasing an episode every week on Hulu. The comics are continuing as well, with 7 so far. There are currently 5 episodes in Japanese with subtitles and 4 in English. Spoilers ahead!

The story takes place in a world divided into two nations: Westalis and Ostania. Twilight is a spy for the West, working to make sure things stay peaceful. He is given a new mission – Operation Strix. He has to stop Donovan Desmond, a politician, from starting a war. Desmond only appears at his son’s elite school gatherings for the top students or imperial scholars. Taking the identity ‘Loid Forger’, Twilight adopts Anya, a pink-haired 6-year-old girl. However, she’s a telepath, and isn’t the smartest! After figuring out the first part of the mission, he needs to find someone to play his wife. In comes Yor Briar. Secretly, she is an assassin by the name “Thorn Princess”! Will Operation Strix succeed, even with these eccentric people involved?

I really enjoyed the show. I saw a clip of Anya on social media, and I thought she was funny. After a few more clips with Loid and Yor, I decided to watch it. I don’t regret it, the plot is really entertaining! There is a lot more humor than I expected, especially with Yor’s assassin job. She’s so casual about blood and murder, it’s hilarious. I like how it’s also slowly revealing the characters’ backstories, not all at once in a flashback. In my opinion, it’s lacking in Anya’s background. There haven’t been many scenes explaining her story when compared to Loid or Yor. Overall, I would give it a 10/10. I love it, and it’s definitely one of my favorites.