Home Arts & Ent. What You Need to Know About “Fantastic Beasts and the Secrets of... 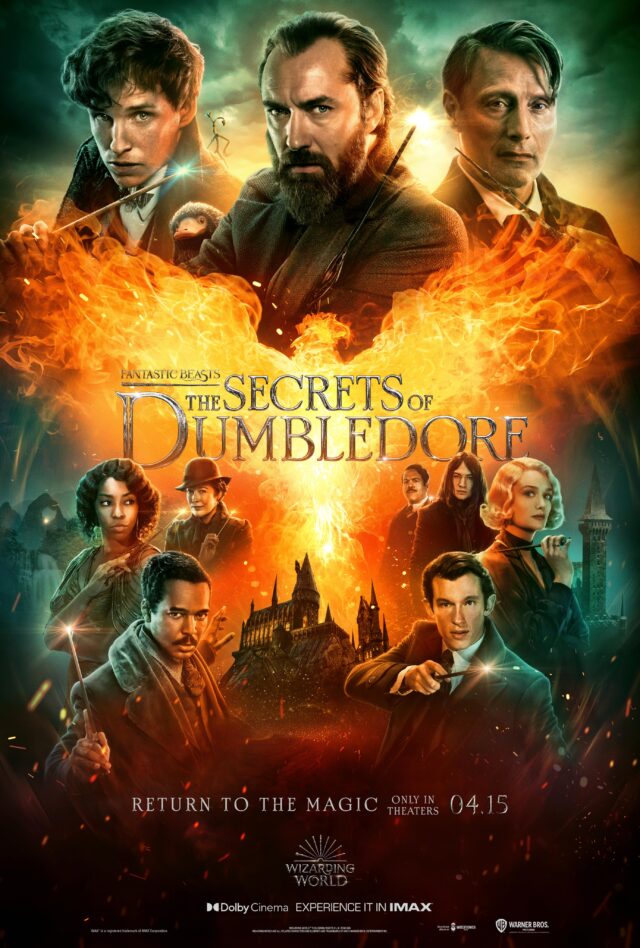 Warner Brothers came back with a third Fantastic Beasts movie with the teasing title of “Fantastic Beasts and the Secrets of Dumbledore”. Due to the rising threat of Grindelwald trying to destroy the non-magical world, Dumbledore appoints Newt Scamander and his group to put a stop to him. The group goes through perilous trials in their arduous attempts to defeat Grindelwald so that both the muggle and wizarding worlds are safe.

Many fans enjoyed the new magical creatures and old creatures that came into play in this film. Some disliked the third movie of the Fantastic Beasts franchise because of its distinct lack of specific character arcs compared to the excess of characters. They also agreed that the plot was too politically based, with the movie being largely based on the wizarding elections. The character Grindelwald was recast, due to Johnny Depp not reprising the role, so instead the character is being played by Mads Mikkelson. Whether or not there will be a fourth Fantastic Beasts movie following this one is currently unknown, but will ultimately be decided by this movie’s performance at the box office.