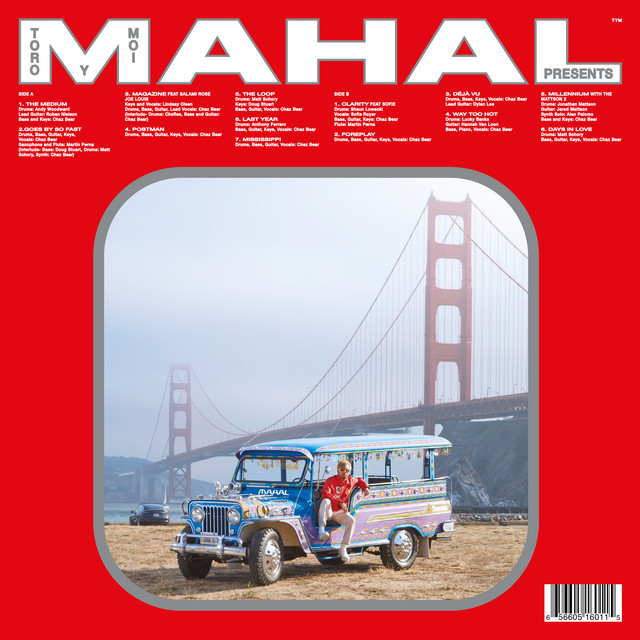 The first track “The Medium” begins with the revving of what seems to be a dysfunctional car only to lead us to a 3-minute jam track featuring the acclaimed “Unknown Mortal Orchestra”. This track soars with a beautiful mix and production. Noticeably each track flows into each other which makes diving into the album in one take easy. The second track “Goes By So Fast” is the first song on the record in which there is singing. A veering, eerie synth which sounds almost exactly like the synth from Tame Impala’s “Endors Toi” flies above and around a prancing bassline to eventually be embraced by an array of flutes and saxophones.

The next three tracks on MAHAL are easily the most accessible while still honoring the same sounds as the rest of the album. “Magazine”, “Postman”, and “The Loop” all have similar qualities, cheesy but catchy verses and choruses vibrantly enhanced by funky and chill grooves. These three songs provide a fun and free vibe to the listening experience.

My overall opinion on MAHAL is that it is a colorful collection of songs that grab and hold attention with differing changes. The combination of multiple different genres beautifully supports the progression of the songs. This is a solid psychedelic indie rock album and I firmly believe it is worth the listen.