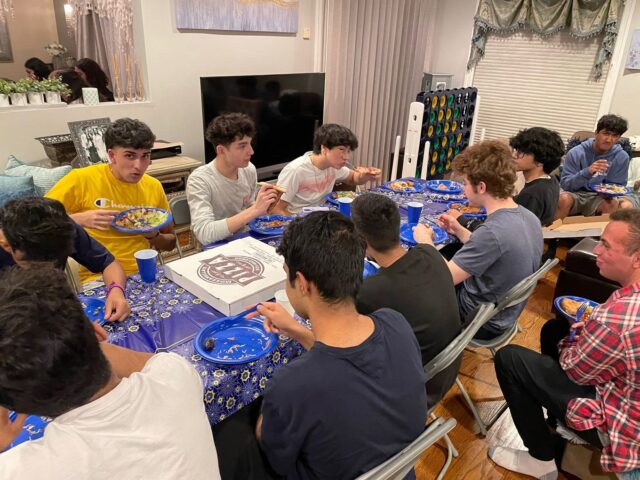 For 30 days out of the year, the world’s 1.8 billion Muslims observe the month of Ramadan- the most important event on the Islamic calendar. Like the Christian Easter and Jewish Rosh Hashanah and Yom Kippur celebrations, the month of Ramadan carries a level of significance and consistent participation that continually makes it one of the most beautiful and awe-inspiring displays of faith and togetherness in the world.

In 2022, Ramadan began on April 2nd. It follows the lunar calendar: starting and ending on the appearance of a crescent moon. Like other Islamic observations, the holiday began at night and will conclude on May 1st. May 1st will mark Eid Al-Fitr, and the month-long holiday will end with an exuberant celebration, prompting the closing of school this Monday, May 2.

According to Islamic tradition, during Ramadan, portions of the Quran were first revealed to the prophet Muhammad. While the commemoration of this event is an integral part of the holiday, the month is far more about the fundamental principles of Islam than the observation of a singular event. The holiday is characterized by its themes of introspection, self-control, and commitment to faith. Here at High School West, many Muslim students observe the month, connecting with friends and family through the various traditions of the holiday.

The most well-known aspect of the holiday is the fast- one of the five pillars of Islam. Observers refrain from consuming any food or drinking any beverages. They eat a meal before sunrise called Suhoor and break their fast after a sunset prayer with a meal called Iftar. “On the first day of Ramadan, it is important to have the right intention regarding why you are fasting. A lot of Ramadan is about having the right mentality and remaining focused on your individual goals to get closer to Islam,” said Azaan Bilal, a Hills West Senior and member of the Muslim Student Association.

Another member, Hills West Senior Aruba Nadeem noted: “We tend to take these things for granted. We have our food every day. Now we’re fasting for like 15-16 hours, and now you see how grateful you are for having all that food because, in the end, you are allowed to eat, but some people don’t have Iftar at the end of the day.” Another member, Hadeeqa Malik believes that “when I open my fast I’m grateful that I’m able to open the fast because there are some people who aren’t able to.”

Students also observe a lot of unique traditions when breaking their fast. Bryan Bari said that his family breaks their fast with a date, which is common for some families during Iftar. As Aruba noted, it’s also a common tradition to open your fast with family members. “We sit in silence for five minutes before we break our fast to do a prayer because that is the time when God really listens.” Finally, Hadeeqa discussed the practice of tarawih, which she describes as “a long prayer where we read a bunch of chapters from the Quran, and it usually lasts an hour and a half.”

Still, the month is much more than the fast. While the fast has great significance to Muslims observing the holiday, it is only one component in this broad tapestry woven together by faith and compassion. Hadeeqa personally believes she’s more “in-tune” with her faith during

Ramadan. “You’re trying to make the most out of these thirty days. I really cherish Ramadan,” she went on to say.

Aruba added: “It’s my favorite month to a similar degree. It’s what I always look forward to. Personally, I find peace during Ramadan.” She also stressed the importance of prayer to better connect with her faith. “When I’m praying, I’m not thinking about anything else, I’m not thinking about- ‘I have this to do, I have that to do,’ I’m just thinking at the moment. That’s your way of having a conversation with God one-on-one.” Bryan Bari described prayer as “being in your zone” and “not thinking of anything else in that particular moment.”

Aside from prayer, Hadeeqa noted the principle of self-control. She went into the saying: “The Devil is locked up during Ramadan.” She discussed the idea of accountability, stating that during the month of Ramadan, resisting harmful temptations and activities is of the utmost importance because you must be the one to hold yourself responsible for your actions. “You are not being influenced by what we would believe to be the Devil trying to convince us to go in the wrong direction. If he is locked up, whatever you’re doing is from you. If I’m doing something wrong, I realize that I have to change that.”

The concept of self-control is also a prominent factor in some Muslim students’ choice to refrain from listening to music during Ramadan. The main purpose of this practice is for observers to focus more intently on their faith and prayer during the month. The days of the holiday are finite, so many Muslims choose not to listen to music or even consume other forms of media to develop a stronger connection to their religion. “During Ramadan, when you only have these thirty days to get in tune with your prayer, that kind of distracts you from it and uses your time in a different way,” Hadeeqa explained.

On a similar note, Azaan discussed self-improvement and self-reflection. He stated that “it is important to reflect on your actions the last month and carry over any healthy habits from Ramadan into your daily routine.” He expressed that while Ramadan might end, there is no reason to dismiss all the healthy ideas and habits you learned while observing the holiday.

While these are significant facets of the month, celebrating with friends and family and organizing with your community is arguably even more central to the holiday. Many Muslims who observe the holiday noted the familial aspect of the month, believing that it genuinely would not be the same if it were not for their loved ones. “Ramadan is filled with community prayers, get-togethers, and events to unite Muslims of all different backgrounds. It is common to host and attend large gatherings and break fast with friends and families,” said Azaan.

Similarly, one of Hadeeqa’s favorite traditions is a Pakistani tradition called Chaand Raat, which translates to “The Night of the Moon.” This event takes place the night before Eid, with friends and family gathering together to mark the occasion. “This is the night that the moon is sighted and shows that tomorrow is Eid. We’ll go and do our henna and hang out,” she said. Aruba, on the other hand, mentioned that she loves breaking her fast with her family members. “I love when we all open our fast together,” she exclaimed. “We’re all just sitting there, and we’re talking, we’re laughing, we’re making jokes with each other, or about each other- so that’s my favorite part,” she went on to say.

However, they all agreed that they appreciate and cherish the fact that all community members are uniting to commemorate the holiday and their shared culture and traditions. Hills West’s Muslim Student Association did an Iftar and Suhoor meal together. The club has frequently met during the month, planning events, and engaging in the diverse set of traditions and rituals they all enjoy. “The community just comes together a lot right now. It’s so nice,” Hadeeqa stated.

The month of Ramadan is one of the most uniquely beautiful holidays globally. Students at Hills West continue to display their commitment to their religion, appreciation for their traditions, and gratefulness for their loved ones. As Azaan noted, “There is an unparalleled sense of community during this month, and countless new friendships and connections are always made.” 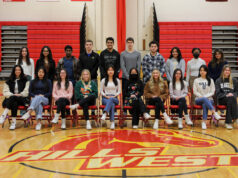