Home Opinion Candy Corn Conundrum: What to Think of This Halloween Treat? Old Hallow’s eve fast approaches! As spooky season nears its crescendo, kids all over the country eagerly anticipate their Halloween haul and excite themselves over all the treats they’ll receive come October 31st. Some favorites include chocolate treats such as Reeses Cups, Kit Kats, Snickers, and Hershey’s bars. Other popular candies are those of the sugary variety like Skittles, Sour Patch, and Star Burst.

Regardless, candy has become a significant component of the holiday (whether it was intended to be that way or not). Still, one of Halloween’s most ubiquitously popular treats has emerged as its most divisive.

I am talking about candy corn.

When we think of the quintessential Halloween candy, images of candy corn frequently emerge faster than any other sweet treat. Something about its seasonal status and color scheme invokes Halloween imagery and a fall feeling. When have you eaten candy corn other than in October? Although candy corn is so popular, it has proved to be so controversial. Why is that? And why does candy corn receive so much hate despite its popularity with other Halloween favorites?

I love candy corn, and I think you should too. I am a candy corn proponent for three main reasons, and I find it hard to believe that something so popular has gotten so much hate. Here is the case for candy corn:

Firstly, the taste is able to straddle the line between chewy and crunchy. Candy corn is not too chewy and not too crunchy. This makes it optimal for consumption and refuses to cater to any age group. Children, who generally prefer sweeter and chewy candies are satisfied because it holds both of these qualities, and adults with more mature palettes generally prefer crunchier, harder candies. Though candy corn is not considered crunchy, it is expertly crafted to retain some crunchy qualities making it is easier to chew and digest. I will contend that candy corn is prohibitively sweet, and some people do not prefer sweet candies. However, the fact that it is not too chewy counteracts the sweet elements and makes for a balanced treat with many appealing tastes.

Secondly, candy corn has a unique quality in which you can moderate consumption better than most Halloween treats. One candy corn is roughly one inch in length by one-half of an inch at the base. Its smaller size allows you to eat only a few pieces while actually eating several candies in terms of quantity. Candy corn also has the added bonus of being filling, even if you only eat a small number of candies, meaning you will not keep eating because you do not feel full.

Finally, candy corn’s status as a seasonal candy elevates it substantially. Candy corn is normally eaten during October. While you may get tired of eating other candies year-round, candy corn is an exclusive candy to Halloween. The relative rarity of candy corn makes it a special occasion when you start seeing them on the shelves in October. Absence does indeed make the heart grow fonder, so the absence of candy corn from our lives makes us crave this sweet treat.

As I’ve conducted candy corn research in preparation for this article, I’ve found its divisive nature is most pronounced at Hills West.

A survey conducted of 30 Hills West students noted that 12 of them like candy corn, 11 dislike candy corn, and 7 respondents are indifferent to it. There is also a wide degree of perspectives on the liking or dislike of candy corn. While Ethan Essner, the Roundup’s managing editor, loves candy corn, senior Gavin Schochet noted that his opinion coincides with College Football Coach Mike Leach’s take (Mike Leach hates candy corn for those of you who don’t know).

Though candy corn is a Halloween delicacy, Hills West and the general public seem to be divided on the issue. However, I think candy corn should be given a second chance before November 1st rolls around! 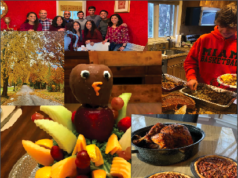 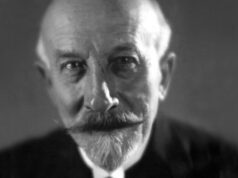 The X-Factor of Georges Méliès