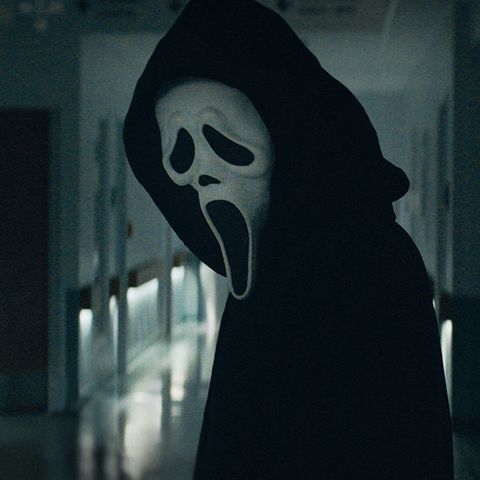 Let’s flash back to October of 2020, when I posted an article on the Hills West Roundup website entitled “You Need to Watch These Halloween Movies.” I listed three options for people who do not like scary movies. While there are plenty of non-scary movies for you to get into the Halloween spirit, one would barely be scratching the surface of all the material out there to watch. I thought I would be remiss not to include some of the other spooky movies floating around in the cinematic universe. Thus, I present to you 10 more movies to watch this holiday season.

Arguably Alfred Hitchcock’s most popular film, this classic stars Anthony Perkins, Janet Leigh, Vera Miles, and John Gavin and marked the beginning of the slasher film genre. Perfect for those looking to watch a gripping psychological thriller, the critically-acclaimed movie follows Marion, a woman who stole money from her job to run away with her boyfriend, who stops at the eerie Bates Motel while she is on the run and meets the creepy Norman Bates.

Wait Until Dark is another psychological thriller featuring Audrey Hepburn and Alan Arkin. Hepburn plays a blind woman and Arkin is a criminal searching for drugs who will do anything to get them. When Suzy (Hepburn) finds herself in possession of the drugs Roat (Arkin) is looking for, violence ensues.

This iconic horror movie, based on Stephen King’s 1977 novel, stars Jack Nicholson, Shelley Duvall, Scatman Crothers, and Danny Lloyd. Jack Torrance (Nicholson), a recovering alcoholic and struggling writer, is taking care of the chilling Overlook Hotel in Colorado with his wife, Wendy (Duvall), and his son, Danny (Lloyd). Jack’s worsening mental health and Danny’s ability to see the hotel’s past trigger a whirlwind of events that are sure to send a shiver down your spine.

For those looking for something on the science fiction side of the spectrum, E.T. is the movie for you. One of the more family-friendly films on this list, it follows the story of alien E.T. who finds himself on Earth and forms a connection with a young boy named Elliot.

A Nightmare on Elm Street centers around a group of teenagers who are having strange and terrifying nightmares that cause them to fear for their lives. It features Heather Langenkamp, Robert Englund, Johnny Depp, and John Saxon, and is a great choice for anyone willing to not sleep a wink that night.

Directed by the absolute king Rob Reiner, Misery is also based on a Stephen King novel and is a story about an obsessive fan of an author who kidnaps him and forces him to write her another book. With roles portrayed by the talented James Caan and Kathy Bates, this thriller will have you on the edge of your seat the whole time.

This star-studded cast includes David Arquette, Courteney Cox, Neve Campbell, and Skeet Ulrich (among others) and is another slasher film about a series of murders in a small town and a group of people trying to figure out the killer. You’ll never guess the ending.

As I’m sure you already know, anything with Eddie Murphy in it is something you want to watch. For those of you looking for a laugh this Halloween, The Haunted Mansion is the perfect mix of comedy and scares.

It would be impossible to make this list without including a Tim Burton film. Corpse Bride is a stop-motion animated film featuring Johnny Depp and Helena Bonham Carter that centers around Victor and Victoria’s impending marriage that gets interrupted by a series of events that introduce them to the Corpse Bride and Barkis.

Get Out is a horror film that follows the story of a man who meets his girlfriend’s family and finds out horrifying secrets. The movie stars Daniel Kaluuya and Allison Williams and was nominated for Best Picture, Best Director, and Best Actor at the Academy Awards, in addition to other awards.

Please note: Hills West Media is not responsible for any nightmares and/or bed-wetting that may occur from watching these movies.