Home Arts & Ent. We Finally Have More Info on the New Pokémon Snap… and it... 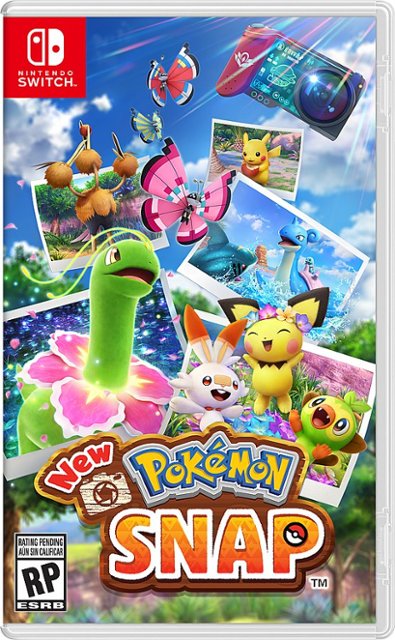 It has been over two decades since the beloved classic, Pokemon Snap, was released for the Nintendo 64. Since then, we have yet to see a game in a similar style. However, last year, a trailer was shown, announcing the geniusly named New Pokemon Snap. For months, we had very little info on the project, but finally, last week, The Pokemon Company spilled some details.

For those uninitiated, the Pokemon Snap series revolves around taking pictures of Pokemon in their natural habitat. It sounds pretty simple, but there’s a surprising amount of depth to the game. In order to get the best shots, you’ll need to use your toolkit in creative ways to interact with the world around you. For example, in the original Pokemon Snap, in order to find a Magneton, you would need to lure three Magnemites together using apples, which would cause the magnetic force to pull the Magnemites together, forming a Magneton. Interactions like these are what Pokemon Snap thrives off of.

Additionally, the footage we have seen is quite gorgeous. The region of Lental is filled with plenty of varied environments, each with their own lively ecosystems of Pokemon to interact with, making the world feel alive. For example, the trailer displayed the player character throwing an apple towards a Torchic, who then examined the apple and scorched it before eating it. Additionally, we get to see Heracross and Pinsir duking it out in the wild, a Pokemon rivalry that we do not get to see often in other forms of Pokemon media. Despite information still being somewhat limited, it seems that this game will deliver in terms of atmosphere.

One of the main selling points of New Pokemon Snap is the Illumina Phenomenon. The trailer showcased a Meganium with a bright green pixie-like aura around it, which indicates it is affected by this phenomenon in some way. However, we currently have very little information on what it actually is, other than the fact that it, well, illuminates a Pokemon. Even if we do not get any additional information before the game releases, I am quite excited to learn more about this Illumina Phenomenon and how it affects the region of Lental.

While there are a lot of things we do not know, New Pokemon Snap already looks like a worthy successor to the original Pokemon Snap. I am quite excited to see what else this game has to offer, and how it introduces this beloved spin-off series to a new generation of fans when it releases on April 30th of this year.