The “gap” in pay between men and women has long been a characteristic of the American economy.

While the pay gap has decreased since the 1960s, improvements have halted over the past ten years. Experts say this trend significantly affects women’s financial stability and welfare.

“What you’ll find is that no matter how you measure it, a pay gap exists,” said Elise Gould, a senior economist at the Economic Policy Institute, a left-leaning think tank. “It has a huge impact on lifetime earnings.” 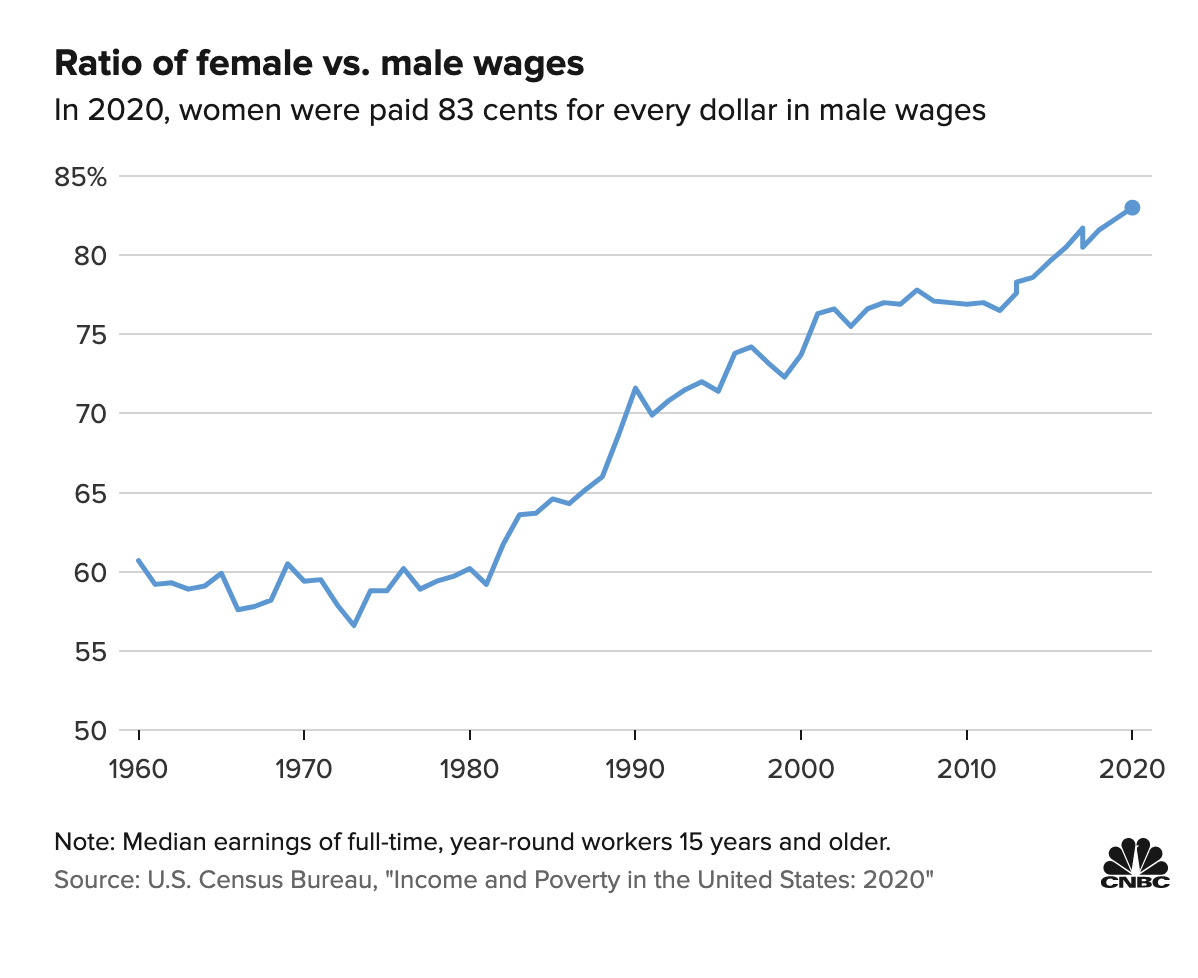 The most precise indicator of the disparity is shown here: According to the U.S. Census Bureau, women earned 83 cents for every dollar earned by men in 2020. (The analysis calculates the median pay for year-round, full-time employees who are 15 years of age or older.)

Or, it would take women about 40 more work days to make an equivalent salary to men.

Even more disadvantaged are women of color. According to the U.S. Department of Labor, Black women were paid 64% and Hispanic women 57% of what white non-Hispanic males were paid in 2020.

Women were paid 61 cents for every dollar earned by males in 1960 when the gender wage gap was significantly worse.

Since then, according to Fry, women have made significant strides in their education and professional experience, which employers frequently recognize with higher compensation.

According to Emily Martin, vice president for education and workplace justice at the National Women’s Law Center, Americans have noticed significant changes in American laws and culture, including stricter enforcement of laws against pay discrimination and changing expectations and perceptions of women in the workforce.

According to experts, the issue goes beyond the fact that women’s compensation continues to be undervalued. The wage difference still exists when comparing women and men with comparable levels of education, occupations, incomes, and races.

In reality, a recent study by Gould found that growth has stagnated for more than 20 years: after accounting for disparities in education, age, region, race, and ethnicity, women’s salaries in 2021 were roughly 80 cents for every dollar earned by men, not changing from 77 cents in 1994.

As one can conclude, although people of color and women are seen in media, their pay is still significantly lower than men’s due to the sexism apparent in society.

When do you become an adult?

You may have missed

When do you become an adult?