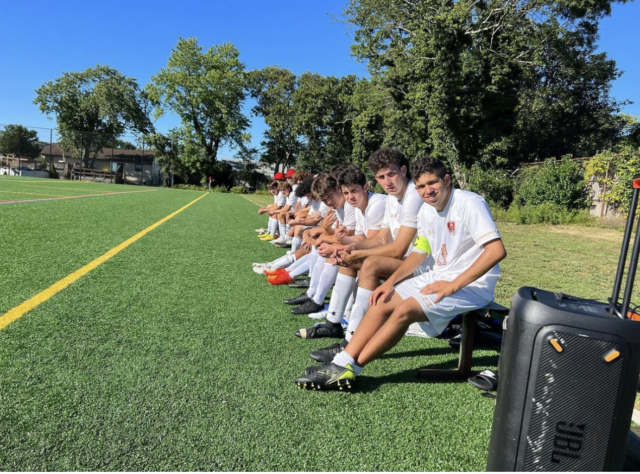 The fall season sports have been very kind to the Hills West Colts as 5 of our teams were given the opportunity to compete in the playoffs. Girls Volleyball, Boys Soccer, Boys Volleyball, Girls Soccer, and Varsity Football were in their respective playoff brackets and had the ability to fight for a championship.

After an undefeated regular season, the Girls Varsity Volleyball team took on East Islip in their first round matchup. After losing only 5 sets the whole year, the Colts continued their dominance into the postseason, sweeping East Islip 3 sets to none. Following this first round domination, the Colts took on a tougher Hauppauge team in a battle of top 3 seeds. This challenge did not faze these girls as they flew by the Hauppauge Eagles, winning this match in 4 sets. The Colts will have the opportunity to keep their 17-0 record perfect next Tuesday, 11/8, and fight for a county title against the 1 seed, Sayville.

Making the playoffs was an expected feat for the Boys Varsity Soccer team as they have been yearly participants in the postseason. After securing the #3 seed and a first round bye thanks to a regular season record of 10-3-2, the Colts took on Kings Park in the county quarterfinals. The Colts were led in this game by Sophomore phenom Ryan Levy. Levy scored both of the goals the Colts needed to finish off a 2-0 win. “The team was on [Thursday]. We knew we had a big game to win and we executed”, said Levy. The Colts will travel to East Hampton, today 10/31, as they look to lock up their spot in the county finals.

The Boys Varsity Volleyball team was not expected to make the playoffs as they were ranked in the bottom 5 coming into this season. After a regular season record of 10-4, the Colts locked up the #7 seed and traveled to the #2 ranked Connetquot Thunderbirds for their first round matchup.  The Colts did not get the outcome they wanted as they were swept 3 sets to none. The Colts have high expectations for next year considering they have a great group of juniors returning to the team next year for their senior year.

Following a regular season record of 9-2-1, the girls varsity soccer team secured a first round bye and hosted Hauppauge in a second round matchup. The Colts won a nailbiter of a game as they defeated Hauppauge 1-0 thanks to a last second save by Sahar Rashidzada [11]. Following this victory, the girls then traveled to East Islip for a battle against the #2 seeded Redmen. Sadly, the Colts were outplayed as they were defeated by a score of 6-1. Even though the season came to an end that most were displeased with, the Colts have a bright future ahead as their roster this year consisted of many underclassmen.

Our Varsity Football team had a regular season better than most anticipated. After dominating their opponents through the first 7 games, the Colts ran into a talented Sayville team this past Saturday, 10/29. This game was a battle of 7-0 teams for the right to claim the #1 seed going into the playoffs. This game did not go as planned as the Colts were defeated 41-7. Although they lost their first game of the season on Saturday, the Colts are playoff bound as they will host the Islip Buccaneers on Saturday, 11/5, at 2pm, for the first round of the playoffs. The Colts are looking for a similar outcome on Saturday as they defeated Islip earlier in the season 21-0. 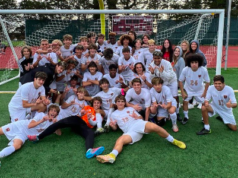 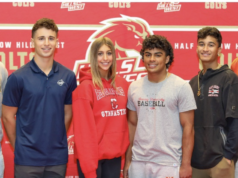 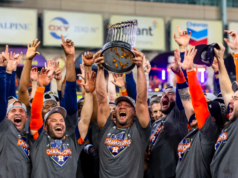