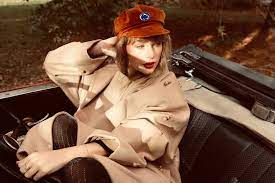 Imagine you’re turning on the radio and start listening to a song. Today, more often than not, it will be a Taylor Swift single. These singles were contracted by a record label whose executives act as tyrants, not allowing music composers and singers to obtain rights to their music. Most artists sign with a record label when they are at an impressionable age and stage in their life.

In my opinion, record labels are entirely too harmful. Record label producers keep their singers from making money off of record sales, charge a 20% fee for breakage, discourage creativity, and cause the artists’ self-esteem to lower. They do this by making sure they use more generic sounds and shelving their music under a smaller label in their big company. Additionally, record labels may block artists from re-recording their songs and prevent them from buying back their songs.  As a result, they crush their dreams and hopes of having a bright future in the music industry.

In an attempt to bring Taylor Swift down, Scooter Braun and Borchetta attempted to block Taylor Swift from performing her old hits at the 2019 American Music Awards, where she was recognized as the Artist of the Decade. Taylor Swift has also claimed that the executives have declined using her older music and performance footage for a Netflix documentary that she had worked on for social media.

If that was not enough, in November 2020, Braun sold Swift’s masters to another private equity company behind her back, Shamrock Holdings. Shamrock Holdings told Swift that they could have an equity partnership of her records if she did not do anything else with them. Taylor Swift decided that she couldn’t let this be and decided to re-record her older albums. Additionally, Taylor Swift decided to leave her contract with the Big Machine Records and join Republic Records.

Why is this all relevant? Well, you’ve probably seen on social media that Swift has most recently recorded Red (Taylor’s Version). Under Republic Records, Taylor Swift owns the masters of her albums and recordings. By re-recording her masters, she can now own her work. Under Republic Records, Taylor Swift now makes most of the profits from the streams, sales, and licensing of her songs. Her re-recordings will also devalue the song’s prior releases, causing Braun and Borchetta to lose money.

Her re-recordings have been highly successful as they have quadrupled the original sales of her albums. After one week, Fearless (Taylor’s version)’s has become the second best selling album in 2021 in the United States. As you can see, Taylor Swift’s re-recordings will be a game-changer in the music industry. Artists will be able to fight back large record labels by signing with a new record label and re-releasing their music if they’re mistreated. So, the next time you turn on Spotify, sit back, relax, and enjoy Taylor’s Versions! 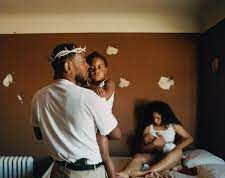