Federico Fellini and his baroque interpretation of cinema’s source material lands within the realm of more cliché calibers. But, disregarding the saturation of the “tale inside a tale” film concept through the contemporary scope, “8½” has always encased one of the most methodically intelligent narrative compositions. It’s a construction that encompasses the mere rationale of how ostentatious stories can permeate even some of the most sensible final cuts.

“8½” and its very kitsch foundation conveys Mr. Fellini and his fixation on revealing the indelible essence of the “alpha male” in the world’s most salient professions. Subtextually, the film diverges into segmented chapters that aren’t pronounced, but prevail as the linchpin for the film’s delineation of Guido Anselmi’s career as a director. And predominantly, “8½” serves as a binding factor to illustrate entertainment corporations’ erroneous initiatives as well as their tendencies to commend personal art that — while still appearing deviant — will always reek of vanity.

In terms of the motion picture’s plot structure, “8½” catalogs a fairly minute fragment in the life of director Guido Anselmi (portrayed by Marcello Mastroianni) as he ventures into an unforgiving, laborious encounter with “writer’s block.” However, the arduous experience is intruded upon through various encounters with women as well as the filmmaker attempting to stitch together the pieces of an unfinished film. In doing so, the film stylizes the subconscious of Mr. Anselmi as a profound aspect of “8½’s” plot cohesion. Several of the more whimsical scenes of the film elucidate the alluring mind of the filmmaker as they visualize average people under the microscopic perception of cinema and dramatize the daily mannerisms of human nature. Altogether, Federico Fellini splices satirical themes — that parallel the undiluted decadence of modern Hollywood — with lush undertones of the tawdry, Italian entertainment society to finalize an innovative product of filmmaking at its highest level of mastery.

From the more ambient vantage point, the score from the preeminent Nino Rota formulates the grounding tonal shifts that seamlessly transfigure into the complex facets of Federico Fellini’s direction along with the eloquent and comedically prodigious screenplay from Mr. Fellini, Tullio Pinelli, Ennio Flaiano, and Brunello Rondi. And as discerned in other directorial endeavors from Federico Fellini including “La Dolce Vita” and “Nights of Cabiria,” Mr. Rota’s sublime musical compositions are subtly peppered throughout each chapter of “8½” with a pensive — and dare I say — angelic appearance (as this may undermine the film’s intention thematically). In addition, the narrative’s structure is generated from the prevalent use of silence. This feels nearly disparate to the banality of general motion pictures, as a whole; this can otherwise be perceived as having the capability to infuse the potency of a musical score and its intonation, but also the aptitude when not to enunciate the score and allow a certain sequence to breath its own air — without the companionship of instrumentals.

Consequently, the first sequence of “8½” fleshes out this aforementioned concept to a tee. Federico Fellini places a subject at the forefront of a sprawling composition, featuring a myriad of faces — frozen in time — on a congested Italian roadway as they stare down a man trapped in his vehicle. Over the subsequent seconds, the smoke and exhaust within the confines of the vehicle begin to disperse — evidently presenting the theory of imminent death. And as the misty atmosphere of the frame begins to envelop the volume of the camera’s lens, the visual complexion begins to fade and we then view the man escape the confinement of his car. The following frame presents the man atop the vehicle with his arms spread as he caresses the natural air of his surroundings. And over the duration of this polished, expository opening, there is no semblance of dialogue nor score, but only the faintest resonation of wind within a blanketed, tranquil aura.

Additionally, “8½” recurringly implements technically proficient “establishing frames” that fuel the subdued wholesomeness of the narrative. Federico Fellini, as director and producer, has a discernable tendency to let a specific shot or sequence linger in order to manifest certain cinematic subtleties. The director channels this conceptual tactic within the initial act of the film as he depicts the ground-level hallways of an Italian hotel at night. In this expositional scene, Guido Anselmi, while circling this melancholically toned hotel lobby, speaks to the surrounding women and men as he discusses his cinematic future and current projects; but as he leaves the frame, the camera pans on a piano — evidently displaying a mood with the absence of Mr. Anselmi. The man playing the piano is beside the female character Gloria Morin (portrayed by Barbara Steele) who gives an expression that feels pure with remorse — almost as if the entertainment industry and its pseudo-realistic nature can cast a shadow, but the simplistic sound of a piano can seamlessly drown out this feeling of enforced satisfaction, replacing it with raw emotion.

Federico Fellini also incorporates a continual usage of silhouettes and damp lighting under the black and white compositions of the film. For instance, the darkness of the film set by the water at nightfall possesses an ominous tinge that appears as if the motion picture understands its narrative is also based on motion pictures. At times, it seems like “8½” attempts to latch onto the dynamics of the idea that everything in life is a movie; our everyday idiosyncrasies — while being haphazard or ambiguous — all lend towards one grandiose extravaganza known as “life.”

The film’s overall appearance does mesh to accentuate such telltale concepts that are so unknowingly ubiquitous. In particular, it’s indescribably flooring to imagine a prolific director uttering “I thought my ideas were so clear. I wanted to make an honest film. No lies whatsoever. I thought I had something so simple to say. Something useful to everybody. A film to help bury forever all the dead things we carry around inside. Instead, it’s me who lacks the courage to bury anything at all. Now I’m utterly confused, with this tower on my hands.” From this stance, you can understand Mr. Mastroianni’s character of Guido Anselmi as someone who wholeheartedly believed they understood the significance of creativity but is — after all — just another hopeless artist desiring to intrigue the public with cliché tales of coexistence.

The inclusion of the heartfelt dialogue, as previously quoted, along with the insightful direction from Federico Fellini, justifies how “8½” is known as one of those of genre pieces of Italian cinema that will stand as an artistic vision with no limits that — as similarly depicted in the film’s first sequence — liberates the mind and the soul and finds purity atop the dynamic as well as around the static aspects of life.

Viewed at Film Forum NYC in a 4K Restoration 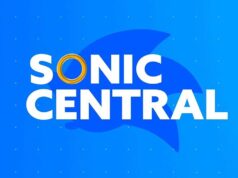 The Sonic Central: What Did We Get?