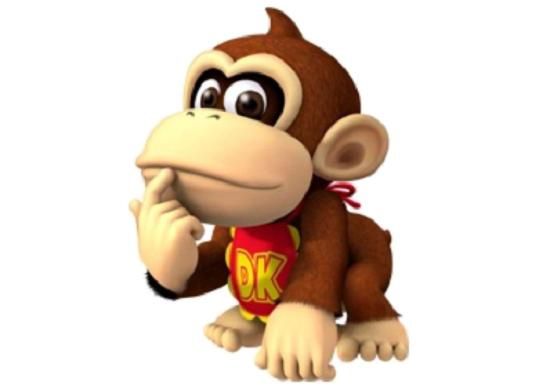 The gaming industry is one of the most rapidly growing and evolving industries out there. There are always plenty of new games to look forward to on the market. However, sometimes it’s nice to take a step back and remember some classics, whether they be ones we played as kids or ones we’ve recently gotten to appreciate.

One of our favorite games that is always easy to return to has to be Mario Super Sluggers. Sluggers has to be a top tier Mario sports game for a multitude of reasons. First off, the absolutely massive roster of characters. My favorite part about the roster is how most of them are so obscure and ridiculous they’re hardly in any other Mario sports game, if they’re anywhere at all. Baby Donkey Kong? Blue Noki? Another great part about the characters is setting line-ups. You can make all sorts of combinations of characters to make your friends wonder why you didn’t just play Mario Kart.

Second on our list is Super Mario Galaxy. Before I jump into the game, it’s important to mention Super Mario 3D All Stars, the switch port of Galaxy, Sunshine, and Mario 64. Unfortunately, you cannot buy the game physically in stores or on the eshop but may have some success finding it on sites like Ebay. However, if you have a Wii, I could not recommend the original game enough. Galaxy is one of the most beautiful Nintendo games ever. Each level has its own world with super addicting platforming and traversal mechanics. Platforms each have their own gravity which you can walk around like a planet. I’m really bad at explaining this. Well besides that, the visuals of great starry skies and massive galaxies. My personal favorite aspect of the game is the soundtrack. It has this huge full sound of a magnificent orchestra that fills your ears and complements the visuals of a grand universe perfectly. Please play Super Mario Galaxy. It’s good.

Another favorite has to be Mega Man X for the Super Nintendo. Released in 1993, this game was instantly beloved for breathing new life into the stagnating Mega Man series and introducing mechanics that would become series staples. Mega Man X focuses on fast paced action with new abilities such as the dash and wall jump. It also features various collectible power-ups akin to an RPG game, such as Heart Tanks, Sub-Tanks, and Armor Capsules. The lineup of weapons is one of the best the series has seen, with each weapon having its own variety of practical and creative applications for the player to master. With all this going for the game, it’s easy to see why Mega Man X is such a classic.

Last but not least, we wanted to feature Sonic 3 & Knuckles. Released for the Sega Genesis in 1994, it was the first and only game to ever use lock-on technology. By connecting your copies of Sonic 3 and Sonic & Knuckles, you created the behemoth that would go on to be praised as one of the best Sonic games ever made. The game takes place on Angel Island, which is the home to Knuckles the Echidna and the Master Emerald. Dr. Robotnik hopes to take the Master Emerald for himself, and has duped Knuckles into thinking you are the one threatening Angel Island’s safety. While you journey across Angel Island, you’ll find some of the most varied and iconic locations in any Sonic game, along with some of the greatest level design that strikes the perfect balance between exploration and speed. Oh, and did I mention how good the soundtrack is? This game truly lives up to its reputation as one of the best Sonic games ever made, if not one of the best 2D platformers.