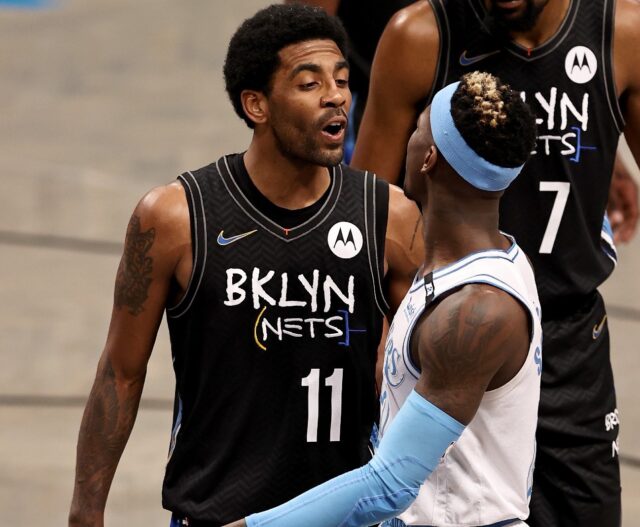 The Nets’ recent hot streak was snapped by the Lakers on Saturday. Though the Lakers were missing both LeBron James and Anthony Davis, LA swiftly dismantled Brooklyn after Kyrie Irving was ejected after jawing with Dennis Schroder.

However, a lot has happened in the past two weeks. Kevin Durant, who looked like he had a shot at MVP before his injury, returned to the court for the first time when the Nets faced the Pelicans. Durant shot 5/5, dropping 17 points in the process as they demolished the Pelicans. James Harden is, unfortunately, dealing with hamstring issues as of now, and he should be re-evaluated sometime within the next three days.

Outside of the core, many role players have been the focus of both praise and criticism. LaMarcus Aldridge proved that he does not have the capability defensively to stop guys like Lakers center Andre Drummond, so that means Deandre Jordan might find himself back into the rotation. Alize Johnson, who has shown the heart and athleticism that Brooklyn needs off the bench, has agreed to a multi-year deal according to Adrian Wojnarowski. In more good news, Spencer Dinwiddie, who has been out since the beginning of the season, may end up rejoining the Nets for the playoffs. Though no one knows for sure yet, Dinwiddie’s potential return could add some much-needed life to Brooklyn. All Nets fans want Dinwiddie to get healthy and playing, whether it be for Brooklyn or if he signs with another team when his contract is up at the end of the season.

With only 19 games left in the season, everyone is wondering if this team will be ready for the long playoff journey. The Nets have the star power to win it all, but they have to prove their durability before they make this run.