Home Arts & Ent. Will The Sun Come Out Tomorrow? Or This Year At All? 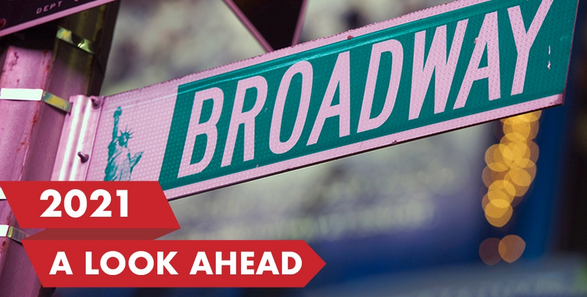 Months of sitting at home with minimal forms of entertainment have left people yearning for a Broadway show. However, the theater giant took a big hit because of the pandemic. Reopening had to be meticulously planned out, and performances were postponed or even canceled. The arrival of the COVID-19 vaccine has brought a newfound optimism that some shows will open in the spring of 2021, but the extent to which this is true is still unknown. So, was Annie right? Will the sun come out tomorrow?

Well, maybe not tomorrow, but possibly later this year. “The Music Man,” starring Hugh Jackman, was officially open on October 15, 2020, but the opening night was moved to February 10, 2022. “MJ,” the new Michael Jackson musical featuring Ephraim Sykes, was due to open in August of 2020, but its opening was pushed to this spring. David Byrne’s “American Utopia” was supposed to run from September 2020 to January 2021 but has been delayed until September 2021. “Plaza Suite,” starring Sarah Jessica Parker and Matthew Broderick, was supposed to start previews on March 13, 2020, but is now going to run later this year. “Flying Over Sunset” was set to have an official opening of April 16, but the show’s opening is now scheduled for this spring.

Other shows were not so fortunate to be able to continue. “Mean Girls,” which opened in April of 2018, was officially canceled on January 7, 2020.

“When I first heard “Mean Girls” would be on Broadway, I was so excited. I saw it on Broadway, and it was incredible. When I recently heard the news that they were taking the show off-Broadway, I was sad since it was such a great show,” said sophomore Jennifer Kaplan.

“Frozen” opened in March of 2018 and closed its doors after 825 performances and 26 previews. “Beetlejuice,” the Tony-nominated musical, has been canceled, and while producers are searching for a new theater, it is unlikely they will be able to find one. “Who’s Afraid of Virginia Woolf?” with Laurie Metcalf and Rupert Everett had only shown nine previews before Broadway closed. The official opening was set for April 9, 2020, but the producers decided to shut down on March 21.

It may not be too easy to open back up for the shows coming back, though. With the cramped accommodations in theaters, they will have to contend with limited capacity when they reopen, but 80% capacity is necessary for financial balance. Broadway producers and theater owners have concluded that they need to wait to open until the pandemic is over and people are vaccinated, but that could mean an opening date in December of this year or later.

Broadway has announced six revised reopening dates, most recently being May 30, 2021. However, not everyone is so gung-ho about going back to the theaters. Sophomore Kate Engelhardt said, “Right now, I would not be willing to go back to see a Broadway show because schools aren’t even fully opened yet, and things are starting to close down again. I don’t think Broadway shows are a priority right now, and I think that they should wait to open everything, even with safety precautions, until cases start to decrease again and vaccines are dispersed.”

Others are also a bit unsure but hope to get back to Broadway soon. “I would definitely be skeptical about a return to an enclosed space in the hustling and bustling heart of midtown Manhattan,” said junior Ethan Essner, “but as long as there are precautionary measures such as limited attendance and daily cleanliness checks, I would totally go back into the city to see a Broadway play. Most specifically, I would love to see “American Utopia” with David Byrne because I’m a huge admirer of the band Talking Heads and consider David Byrne to be an authentic genius of music and vocals!”

Broadway provides people with an escape from the reality of their everyday lives. Now, more than ever, people need that escape – let’s hope it comes soon.