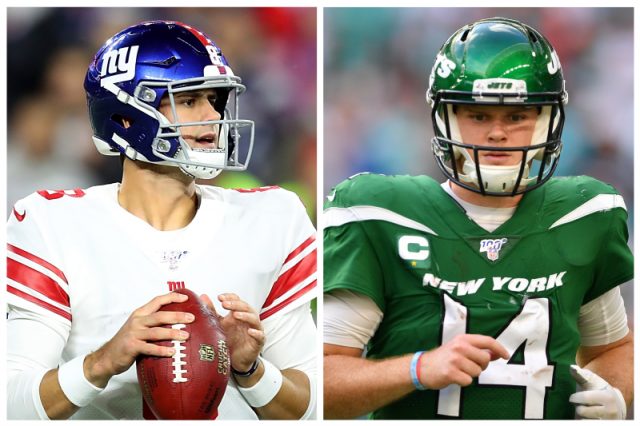 As the race for an NFL playoff spot heats up among the remaining competitors, the New York Giants find themselves in an increasingly likely position to make a run at it, while the not-so- fortunate New York Jets have other plans. The Giants played a close game this Sunday against a banged up Cincinnati Bengals team, ending in a final score of 19-17 favoring the Giants. This game has moved them up to 4-7 and the number one spot in the flawed and embarrassing NFC East which houses four teams with a losing record. Daniel Jones and the offense, along with the Giants strong defense played a hard-fought game in which the defense forced 3 turnovers including two fumble recoveries and a interception. Unfortunately, Daniel Jones suffered what appears to be a soft tissue injury of his right hamstring. He will receive an MRI to see the full picture and the extent of the injury. The Giants would love to see him back against a much more capable Seattle Seahawks team next Sunday. For the New York Jets, Adam Gase and company drop to a league worst 0-11. The return of Sam Darnold from injury was a dud, with the Jets quarterback failing to eclipse 200 yards or a score while simultaneously throwing 2 interceptions. The defense looked active, forcing and recovering 2 fumbles and sacking the ex-Jet Ryan Fitzpatrick 4 times. The Jets need to step up their game against a very difficult remaining schedule to even manage a singular win in the weeks ahead. The Jets will face off against the 6-5 Las Vegas Raiders next Sunday, who have proved much more competent this year then Gang Green. In good news for the Jets, they are keeping themselves in prime position to obtain the first overall pick in next year’s draft.