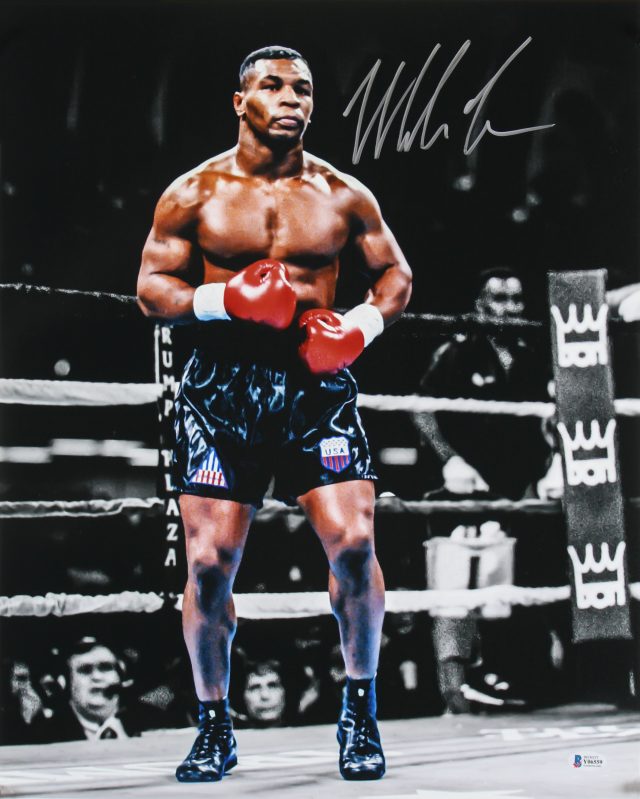 Former Heavyweight Champion Mike Tyson (54) will make his long-awaited return to the ring versus Roy Jones Jr. (51) on November 28.

Iron Mike terrorized his opponents for years and reigned supreme as the premier heavyweight on the planet, defeating Trevor Berbick by knockout to win the belt at just 20 years old. The now 54-year-old Tyson will step into the ring for the first time since his 2005 loss to Kevin McBride via Referee Technical Decision (RTD).

Boxing fans have expressed displeasure for the way Tyson exited the business, as his consecutive losses to unaccomplished fighters: Danny Williams and the aforementioned McBride were in no way how the all-time great should have gone out.

Since the 1990s, Tyson has been engulfed in controversy, as he was accused of rape and subsequently sentenced to six years behind bars. Tyson also made headlines when he declared bankruptcy in 2003 and fought in underwhelming bouts, solely to pay the bills, a huge detriment to the former champion’s legacy. In recent years, Tyson has appeared to have cleaned up his act, and he definitely has begun to hit the gym more.

Tyson posted several videos on social media this year of him working out and boxing again. Tyson is in impeccable shape, and he showed off his still impossibly quick hand-speed. Even at the ripe old age of 54, Tyson looked like he could take on the boxers of today. These videos inspired the bout between Jones and him, as Jones was impressed by the work that Iron Mike had done this year and accepted the challenge issued by Tyson.

Jones is a boxing legend in his own right, as his 66-9 record is still one of the more impressive feats in boxing history. Jones won championships at the middleweight, Super middleweight, Light heavyweight, and heavyweight divisions, the only boxer in the history of the sport to start his career as a junior middleweight and go on to win the heavyweight title. Jones’ combination of raw power and hand speed allowed him to land power punches with quickness and in rapid succession.

For this contest, Jones and Tyson will compete in an exhibition match titled: “The Frontline Battle” for the WBC Frontline Battle Belt. The Staples Center in Los Angeles, California, will play host to this event, and the match will consist of eight, two-minute rounds. Both competitors will wear 12-ounce gloves, which is differs from the standard 10-ounce gloves that heavyweights wear today.

A controversial restriction for this bout that has some fans scratching their heads is the rule by which no competitor can knock the other out. Fans and analysts alike understand that the fight is supposed to be a friendly exhibition match between two former champions stepping into the ring one last time. However, many have expressed disappointment that two fighters who are notorious for their powerful knockout blows will have to restrain themselves.

Still, the fight looks to take place at 11:00 PM est. with the main card starting at 9:00 PM. Currently, Tyson is the expected victor of this bout, favored at -200, while Jones is the underdog at +160. However, this may be due to the name recognition of Tyson and the fact that he has put out more content on social media regarding his physical condition and his preparation for the fight.

The event is viewable on pay-per-view, FITE.TV and Triller for a price of $50.00, and will host seven matches, four of which will appear on the main card. The ones that have garnered the most notoriety have been the Tyson-Jones bout, but also a meeting between retired NBA player Nate Robinson and YouTube star Jake Paul.