Home Arts & Ent. Original Fire Emblem Set to be Released in English for the First... 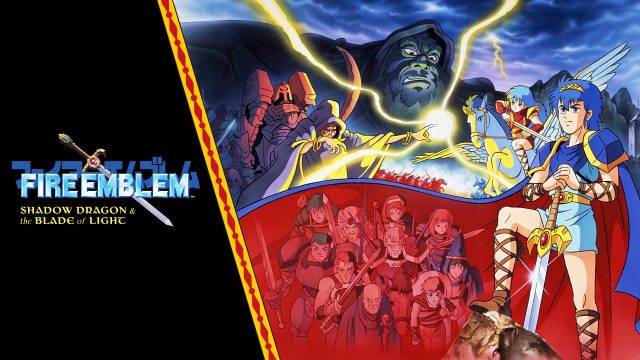 It’s not a very controversial statement to say that language barriers are a pain to deal with. They turn simple conversations into daunting tasks and make it much harder to appreciate different forms of media. Not only are video games no exception to this, but they often suffer the most from language barriers. Lo and behold, it was a delight to many when Nintendo suddenly announced that they would be releasing an official English translation for the Japan-exclusive NES cult classic, Fire Emblem: Shadow Dragon & the Blade of Light, on the Nintendo Switch, roughly 30 years after its original release.

Video games are notoriously difficult to translate. It is much easier to add subtitles to a film than it is to translate an entire video game. This is because converting an entire game from one language to another requires much more than just translating character dialogue. It also entails translating menus, items, maps, and any other text that is visible to the player while still maintaining the formatting of the original game. And of course, the task always requires a team familiar with coding. There are fan-translated versions of games out there, but they aren’t always fluidly translated and fall into a legal grey-zone by nature. Therefore, audiences have typically been unable to fully experience a plethora of noteworthy video games. But thankfully, we can now scratch Fire Emblem: Shadow Dragon & the Blade of Light off that list.

The game is a tactical RPG (role-playing game) in which you need to carefully position you and your teammates on the battlefield in order to strategically take out enemies and advance onwards. One of the main selling points of the game, and the Fire Emblem series as a whole, is the concept of perma-death. This means that when one of your teammates is defeated, they’re gone for good. A great deal of tension and excitement is added to the game with this feature, as each and every move you make suddenly holds much more weight. The Nintendo Switch release of the game will come with a couple of new quality of life features. These include the ability to rewind to previous turns in the middle of battle (making the perma-death feature more forgiving), a fast forward feature to speed up the gameplay, and a bookmark feature which will allow you to save your progress at any point. The game is everything it was 30 years ago for the seasoned Fire Emblem players, along with a handful of new features to assist newcomers to the franchise.

Fire Emblem: Shadow Dragon & the Blade of Light is set to release digitally on December 4, 2020 for $5.99. However, for diehard Fire Emblem fans, there will also be a collector’s edition that goes for a retail price of $49.99. Why the massive difference in price? This collector’s edition will feature an art book and replicas of the game box, instructional manual, map, game cartridge, and game sleeve. They also include a collectible Nintendo Power issue (Nintendo’s long-since discontinued magazine), and of course, a code for a digital download of the game. It should be noted that the game is a limited release and will only be available until March 31, 2021.

The significance of this translation extends beyond the game itself. Fire Emblem was a series exclusive to Japan until 2001’s Super Smash Brothers Melee catapulted it into the international spotlight, thanks to Melee’s inclusion of the Fire Emblem characters Marth and Roy. With the newfound international popularity of these characters, Nintendo released English translations for subsequent Fire Emblem games. However, there are several games in the series that are not officially available in English, which included, until now, Fire Emblem: Shadow Dragon & the Blade of Light. It is possible that the release of this game could result in other Fire Emblem titles finally getting English translations. For all we know, this trend could extend beyond just the Fire Emblem series, and other franchises could follow suit. However, only time can tell, and for now, we can rejoice that the NES cult classic is finally going to be officially available in English.