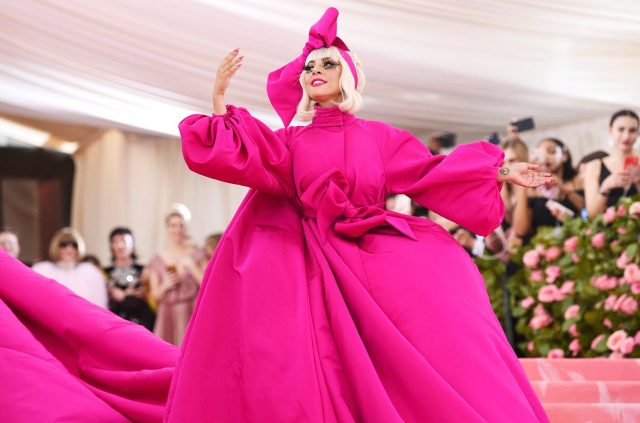 When we think of camp, the style is typically casual and basic. However, in the realm of high fashion, it means extravagant pieces that are sure to cause heads to turn.

The theme of this year’s MET Gala was Camp: Notes on Fashion. High-end fashion brands knew exactly what to do in time for this event when it came to being over the top. But from an outsider’s perspective, it was hard to decipher the true meaning of this trend. This subject was derived from the essay “Notes on “Camp” published by Susan Sontag in 1964, where she describes camp as “love of the unnatural: of artifice and exaggeration”. As outlandish and eccentric as this idea suggests, what better way to express it in the fashion world.

Whether the outfits featured during this event were elegant or unconventional, celebrities surely made an impression on the red carpet. Fan favorites of this year’s gala include Zendaya in her Tommy Hilfiger Cinderella inspired gown. To complete this look, she also had a small purse that looked like the pumpkin carriage in the film. This dress was very unique and well-received because of how beautiful it looked on Zendaya and the fact that it could light up. Similar to the fairytale, her designer Law Roach was dressed as the fairy godmother and waved a wand to give the glimmering effect of Cinderella’s rags to riches transformation. As he waved the wand, smoke expelled and the gown illuminated in blue from the bottom of the skirt to the bodice of the dress. Zendaya even left a shoe on the red carpet as she departed.

Lady Gaga has also had an outfit that was favored among viewers of this event. In fact, she had 4 different costumes for the MET Gala, which totally stole the show. Although in her prime in the early 2010s she performed while wearing bizarre ensembles, this trend for her is still carried out for red carpet events. Each outfit was designed by Brandon Maxwell and had varying styles which were layered on top of each other. The first gown was hot pink, very bouffant and had a massive train, which perfectly fit the theme and Gaga’s personality. The second was a black and more sophisticated gown. This elegant piece had an asymmetric design with a sweetheart neckline and large bustle on her left hip. The last two costumes were not as dramatic as her previous ones which were a fitted hot pink strapless gown, which reminded many of Marilyn Monroe, and a black outfit which appeared to be undergarments.

In contrast to the more extravagant numbers, there were some celebrities who appeared to be underdressed. YouTube beauty guru James Charles seemed to have the most backlash for not only his outfit for the MET Gala but also his attendance. Many believed that he shouldn’t have attended this event although he was invited by YouTube. His Alexander Wang outfit compared to others was considered plain and unoriginal due to the fact that it was featured on runway models prior to this gala. It even looked closer to an outfit worn at Coachella than for a high-class ceremony like this. Charles also was under fire for a scandal with fellow beauty guru Tati Westbrook because of his promotion of a competitive brand. He additionally had accusations of manipulating and using other people for his personal gain, which further increased his questionable attendance. Many celebrities ignored him and even thought that he was a waiter instead of a guest.

The MET Gala 2019 was definitely one to show the importance of fashion and create interest for those who have a passion for style and will go down as iconic in MET Gala history.