Home Politics To Think or Not to Think 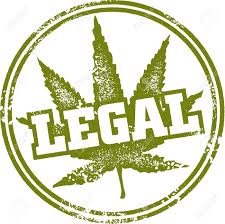 Most people are aware that marijuana is a very popularly used illicit substance in America. However, the term “illicit” may not apply much longer. Approximately twenty-three states have already legalized cannabis sativa for medical purposes. Now some states are legalizing the recreational use of this drug. However, these laws are not without controversy as legalization does make marijuana more accessible to youth who are developing in various ways. According to many scientists and health practitioners, the adolescent brain may be more vulnerable to the deleterious effects of marijuana.

“There are a lot of open questions” regarding marijuana use, says Dr. Susan Weiss, a director at The National Institute on Drug Abuse. “But there’s a growing literature, and it’s all pointing in the same direction: Starting young and using frequently may disrupt brain development.” Marijuana use disrupts essential capacities like memory, focus, learning, and other cognitive abilities . Heavy marijuana use among teens is associated with decreased school performance, increased dropout rates, and unemployment.

Some researchers feel that marijuana shouldn’t get all the bad credit. Weiss asks,”Is marijuana the causal agent in these outcomes, or is it part of a variety of vulnerability factors?” Terrie Moffitt, Ph.D., and her team at Duke University collected data from the Dunedin Multidisciplinary Health and Development Study, longitudinal research that followed 1,000 New Zealanders. This team discovered that chronic use of marijuana was associated with a decline in IQ, even after the researchers accounted for educational disparities. Some experienced a drop in the neuropsychological functioning equivalent of approximately six IQ points (PNAS, 2012). “That’s in the same realm as what you’d see with lead exposure,” says Weiss. “It’s not a trifle.”Despite these discoveries and inquiries, states are pushing for the legalization of recreational marijuana.

Those who gain from marijuana production have a big incentive to “hook” adolescents. NIDA Research has estimated that 9% of adults who use cannabis become addicted compared to 17% for people who used in their teens. Legalization may be prematurely moving forward too fast driven by profit over real possible concerns facing teens.