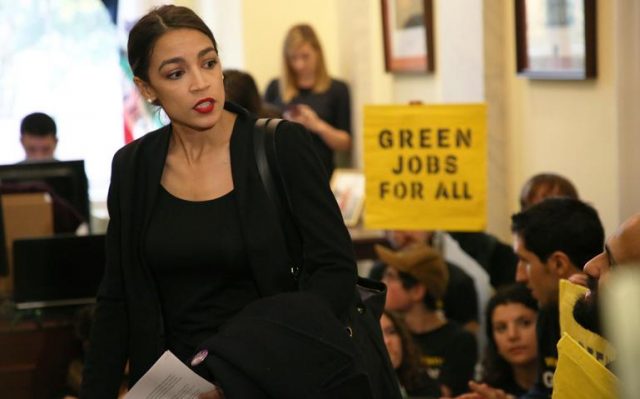 Although climate change may seem like a distant problem, humanity is undergoing its effects right now. Extreme weather events, a decline in air quality, and an increase in contaminate concentrations in the groundwater supply are immediate effects society is experiencing right now. Scientists forecast that these issues will intensify and more problems will arise if humans continue living unsustainably. Anthropogenic activities, such as fossil fuel emissions and deforestation, are all intensifying climate change.

Why can’t the world make the changes needed to reverse this process? Since many global economies are heavily reliant on the fossil fuel industry, world leaders tend to not deem climate change as a priority. President Donald Trump withdrew the United States from the Paris Peace Accord in June of 2017 stating that it “will undermine the U.S. economy.” Additionally, a commitment to reducing fossil fuel emissions would result in a loss of support from the president’s core base. During his 2016 campaign, Trump tended to appeal to coal mine workers. More recently, during his 2017 Speech to Joint Session of Congress, Trump claimed that he “ended the war on beautiful, clean coal.” In this statement, Trump confused real coal with a new environmental technology aimed at reducing the current environmental impact of the coal industry. A Green New Deal, named after President Franklin Delano Roosevelt’s New Deal, is a term that has existed since 2007. New York Times Columnist Thomas Friedman used the phrase in an opinion article. Since then, the plan has been at the foundation of the Green Party’s platform in presidential elections.

Now, the Green New Deal is gaining national attention as a result of left-wing political figures. Alexandria Ocascio-Cortez, the Congresswoman-elect of New York’s Fourteenth Congressional District, has aligned herself with the Sunrise Movement: a movement of young people in support of making the Green New Deal a reality.

Goals central to Ocasio’s version of the Green New Deal include getting the nation’s electricity to be completely supplied by renewable energy resources within ten years of the plan passing, decarbonizing the manufacturing and agriculture industries, and upgrading residential and industrial buildings for state-of-the-art energy efficiency. Ocascio claims that the plan will be environmental, socially, and economically beneficial to the country. However, skeptics fear the large costs that come with such an elaborate and intense plan. Yet, Ocascio still remains optimistic: “This is going to be the New Deal, the Great Society, the moon shot, the civil-rights movement of our generation.”

Ocascio-Cortez has proposed a select committee in Congress to deal with the details of the Green New Deal. With two weeks until the 2019 agenda of the new Congress is finalized, the Sunrise Movement is making its final push. Eighteen members of the new Congress have already expressed their support for this new committee.

With the Democrats controlling the House of Representatives come November, Democrats in support of the Green New Deal are hopeful that they can organize the plan and pass it in coming years. However, with President Trump in office and the Senate controlled by Republicans, the idea of passing the plan may be far-fetched.