Home Opinion Is Hills West a Safe Place to Come Out? 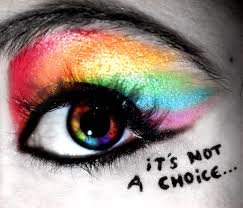 Homosexuality, coupled with gay marriage, is a defining debate of our generation. Controversy never seems to dissipate from the issue, whether the issue is being discussed in the news or even in the halls of Hills West. While the majority of students embrace or remain indifferent towards the issue, others are adamant in their fear or prejudice against gays. There are a variety of reasons why some people are homophobic including, but not limited to, religion. Although it may seem as though gay marriage and homosexuality has become universally accepted, I investigated how Hills West students felt about the topic.

While polling thirty Hills West students,  I found that 29 out of the 30 said that they were accepting of homosexuality; however, only 50% of the students believed it would be safe for a homosexual to come out as gay in High School West. This rather low percentage is surprising due to the presence of the school’s Gay Straight Alliance (GSA), which provides students with a safe haven to be themselves. Karishma Malhotra states “As a student of High School West I do believe it is a safe environment and that if one of my friends were to come out I would be very supportive of it because I believe that everyone has their own lives and beliefs that are meant to be heard.” Students cite the common use of derogatory terms by students and cyber-bullying as reasons that Hills West may not be a safe environment to come out.

Cheyanne Waugh agrees and states ” I feel like I’m very supportive of homosexuality,  and believe that you can love whoever you want to love, you were born that way and there is nothing you can do about it. If you were born tall,  skinny, big, there is nothing you can do about it. Do what makes you happy. I think it is safe to come out in High School West because I have a lot of friends that have come out and have never been judged.”

Other students agree that the school overall may not yet be a completely safe place to come out, but that the GSA is available for students who crave a safe environment where they are free to be themselves. All in all, the accepting and non-judgmental atmosphere of Hills West school would be a rather preferable atmosphere for a student to come out to their friends and peers.