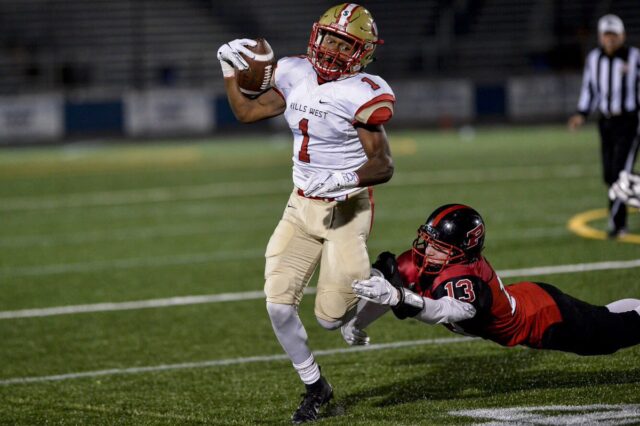 Though Hills West’s beloved football team has returned for another season after an initial delay, the boys, unfortunately, have to wait a little longer to play a “normal” game.

After the opening to the season, Section XI quickly realized that football and football-related activities require close contact between players, thus breaking the 6-feet social distancing recommendation. Section XI became fearful that this roadblock would cause a second postponement of the football season, but luckily for players and fans, Hills West will not be barred from watching the team compete again.

Thanks to the modified Section XI rulebook, the football team can play, but they must obey social distancing requirements, meaning all players have to keep a distance of 6-feet between each other at all times

The move has saved Hills West’s football season, but the new rule has had some unforeseen consequences.

Firstly, wide receivers cannot be covered or tackled by cornerbacks, less they break the 6-foot threshold. Similarly, the quarterback has virtually unlimited time to throw the ball because defensive players are reluctant to pressure him. This confusion sparked an odd occurrence during a game last week. In that contest, a Hills West wide receiver streaking up the sideline for a pass was left unpursued by a cornerback afraid of breaking the social distancing guidelines. The wide receiver he was covering would finish the day with 301 receiving yards and three touchdowns, leading his team to an 81-0 blowout victory for the Colts.

Defensive players have become very critical of the rule in recent weeks, saying that the ball carrier should be yielding to them when they approach. A strike could be in the works, but no action has been taken just yet.

The rule has baffled some, but others continue to praise the effectiveness of the new regulations. The topic will be debated heavily as the season progresses, adding more intrigue to this already enthralling season.