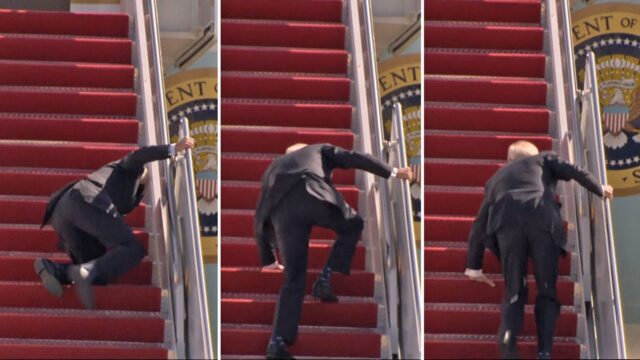 On March 19, 2021, President Biden infamously fell three times while climbing the stairs onto Air Force One. Many Americans, primarily those critical of him, point this incident out as proof that Biden is unfit for office. Though he was perfectly fine afterwards, the White House launched a full scale investigation on the accident.

When Trump was asked about giving Biden a faulty jet, he said “I got Air Force One from the Obama Administration, so if there are any problems and I’m not saying there are, it’s his fault.”

On March 31, 2021, President Biden once again trips on the stairs, but fortunately does not fall. His latest $3 Trillion Dollar infrastructure plan has a section hidden in the middle, where billions will be used to develop a non-trip surface for Air Force One and the White House to avoid more problems left behind by the Trump Administration.