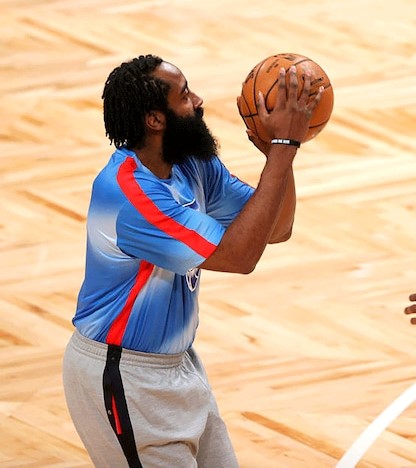 After an “all-in” trade for James Harden, the Brooklyn Nets will be analyzed, criticized and scrutinized for the entire year. Over here at the Roundup, we will be conducting our own analysis every two weeks on this Nets team, and their road to the NBA playoffs.

Former Houston Rocket and league MVP James Harden has joined the Brooklyn Nets! James Harden in his debut, without any practices with the Nets, had 32 points 14 assists, and 12 rebounds. He was the first player to have a 30 point triple double in a team debut. On the other side of things, the Nets have Kevin Durant, who is averaging 30 points per game. Brooklyn beat the Orlando Magic to start off 1-0 in the Harden era. DeAndre Jordan, who has had a difficult season so far, will look to step up as the Nets only healthy center, hopefully cultivating some chemistry with Harden in that time. The Brooklyn Nets also beat the reigning MVP, Giannis Antetokoumnpo, and the Bucks in Harden’s second game. Against the Bucks, Harden had 34 points 12 assists and 5 rebounds, shooting 13 for 25. KD also hit a clutch 3 for Brooklyn, while Joe Harris and Jeff Green also shot efficiently. The emergence of Bruce Brown has also been a pleasant surprise, as he adds energy and defense to an already scary team. Kyrie Irving has been out for personal reasons, and then Covid protocols, but he looks to join Harden and KD against Cleveland. Although the defense for Brooklyn has struggled, their offense was looking amazing without a top 3 point guard in Kyrie Irving. The Nets role players must play good if they want to continue winning. While we all know of the talent on the first unit, the next five guys in the lineup need to do their due-diligence to continue the hot streak. Earlier, KD carried Brooklyn to a win against the New York Knicks this past week on the day of the Harden trade. This started the Nets on a four game winning streak. The Nets hope to continue this stretch, and if Kyrie Irving can fit well into this new line-up (as some worry) Brooklyn will continue to dominate day in and day out.

The Nets face off against the Cleveland Cavaliers tomorrow in Ohio at 7:00 PM.