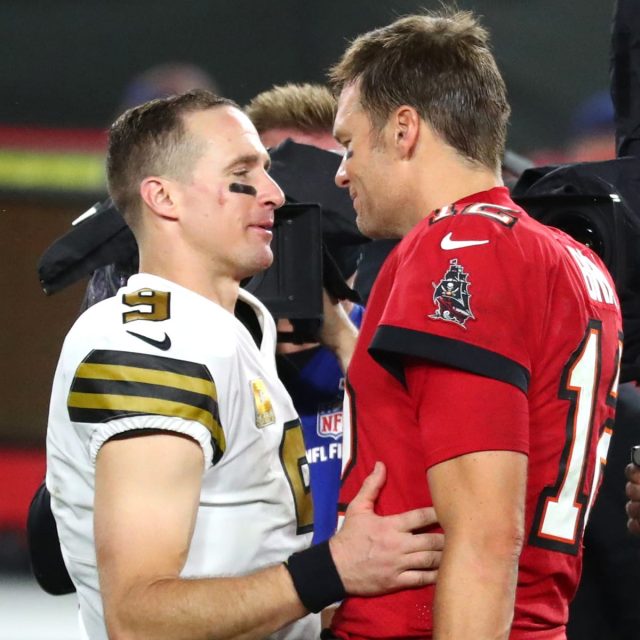 The inaugural NFL Playoff Pick ‘Em is officially underway! After a chaotic Wild Card round, our top players hope to extend their lead, while the guys lower on the rankings are anxiously making their picks, hoping for some better luck this time around.

Here’s a quick refresher on the rules:

If the winner of the Superbowl is predicted correctly- 4 points

In the event of a tie:

The players will face off in a tie-breaker based on their predicted scores for the Conference finals and Superbowl. The player who has a closer score in 2 of 3 games will be declared the winner.

The underdog Los Angeles Rams take on the Green Bay Packers in Green Bay. Aaron Rodgers is having an MVP year with star wideout Devante Adams, running back Aaron Jones, and the upcoming tight end Robert Tonyan. The Rams have an injured QB in Jared Goff coming off thumb surgery while Cam Akers looks to continue his great playoff run from his 131-yard showing in the Wild-Card. The Rams defense has come in at number one in the run and passing led by Aaron Donald and Jalen Ramsey. They completely shut down Russell Wilson with Darious Williams having a pick-six. The Rams will look to take down a tough Packers team. This will be a great game considering how good the Packers’ offense is and how good the Rams defense is.

All predictions from Matthew Pastier

The Baltimore Ravens take on the Buffalo Bills Saturday night in Buffalo. The Bills are coming off their first playoff win in 25 years against a good but not great Colts team. On the other hand, the slow-starting Baltimore Ravens are on fire, winning their last six games, including their playoff game last weekend. Both teams have terrific offenses, with the Bills having one of the best passing offenses and the ravens having one of the best rushing, with both teams having stout defenses. To pick between these two teams is a difficult decision due to their dominant play as of late. Ultimately, I think we will see the Bills, at home, stand up tall to slow down Jackson and the Ravens’ rushers. In a high-scoring affair, the Bills will be the ones to advance to the AFC Championship game with a final score of 42-38.

All predictions from Jordan Cohen

The Super Bowl LIV champions face the Cleveland Browns in the divisional round on Sunday. The Browns finally won a playoff game after 26 years of losses and misery. However, the celebration might be short-lived, as the Dawg Pound is going up against the Super Bowl favorites. Kansas City’s explosive offense and strong defensive core are enough to make any opposing team frightened. Patrick Mahomes has a plethora of weapons such as Travis Kelce, Tyreek Hill, and Clyde Edwards-Helaire. With two weeks to game-plan, who knows what Head Coach Andy Reid could be cooking up. While Mahomes and the Chiefs are the heavy favorites, The Browns are no slouches. I’m predicting a big day for the Cleveland offense, but a loss on the road to the power-house Chiefs.

All predictions from Constantine Lambridis

This contest will definitely be one of the most entertaining games of the weekend. Two veteran quarterbacks: Tom Brady and Drew Brees are facing off in what could be one of their last meetings ever. Drew Brees and the Saints offense are easily one of the most dominant in the league, with Alvin Kamara in the backfield. Tom Brady and the Buccaneers are also one of the best offenses with wide receivers Mike Evans and Chris Godwin. Although both teams have incredible offenses, their defenses are also among some of the best in the league. I believe in the end we will see Drew Brees and the Saints come out on top in this game.

All predictions from Tyler Wichman:

All predictions from Christian Sehlmeyer