Home Arts & Ent. Pokemon Sword and Shield: The Crown Tundra – How Does it Fare? 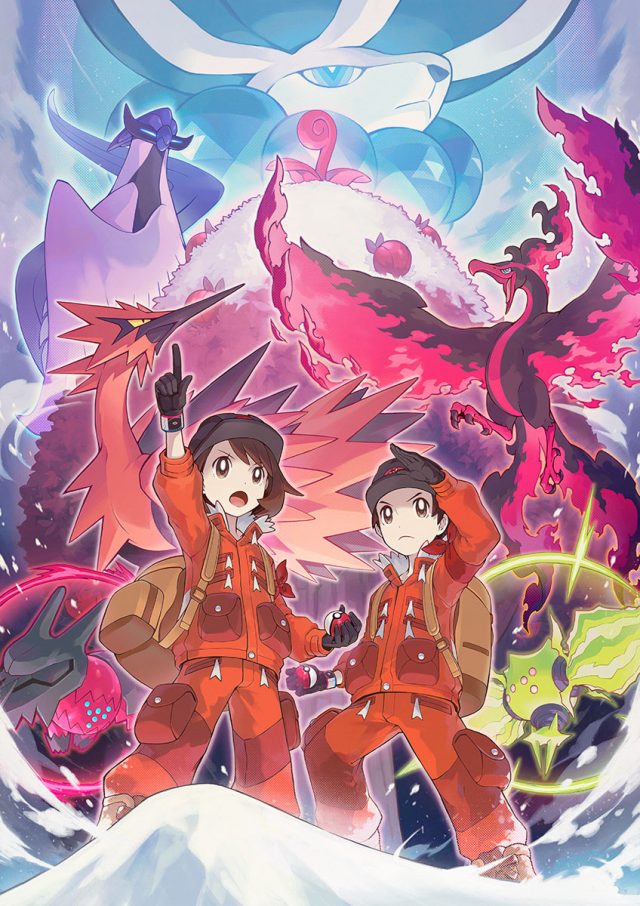 Despite having plenty of fun with them, one of my biggest issues with Pokemon Sword and Shield was the lack of stuff to do once the main story was completed. Therefore, it was a welcome surprise when Game Freak announced that for the first time ever, Pokemon would be getting two expansions after the game launched, the Isle of Armor and the Crown Tundra. Now that both expansions have been out for some time, I wanted to take a look at the most recent one, the Crown Tundra, and see how it fares.

The Isle of Armor seemed interesting, however, the Crown Tundra was the real eye-catcher for myself and many others. Although I had fun with the storyline of the Isle of Armor, I found myself disappointed by the lack of stuff to do once its story ended. Therefore, I was hoping the Crown Tundra would deliver on the content. And from the get-go, it’s quite clear that the Crown Tundra is meant to be the more substantial expansion of the two.

When you hop off the train and arrive in the frozen plains, you end up getting pulled right into a feud between Peony and his daughter, Peonia. After a quick battle with Peony, Peonia runs off to check out one of the Crown Tundra’s main selling points, dynamax adventures.

On these expeditions, you trek through the inside of a dynamax den, in which you and your team of 3 other people, or, if you’re lonely like me, NPCs, travel along branching paths while fighting and catching giant Pokemon in order to reach the end, where you are met with a battle against a ferociously powerful legendary Pokemon. Dynamax adventures are a blast to play, as they provide a great mix of strategy and challenge. They force you to plan out your routes to target specific Pokemon and bonuses to give you the greatest odds of beating the legendary, while also requiring you to account for your own team and what they are best suited to handle.

Additionally, the gauntlet of fights proves to be quite challenging, while removing the pesky shields that Pokemon would love to put up in regular dynamax adventures, which were notorious for causing battles to drag on far longer than they needed to. As a whole, dynamax adventures are an extremely fun way to hunt down the legendary Pokemon from previous generations.

However, that’s far from all the Crown Tundra has to offer. After engaging in your first dynamax adventure, Peony will take you to his base of operations in the not-so-subtly named quiet town of Freezington. Once you arrive, Peony makes you his right hand man as you offer to help him explore the many mysteries of the Crown Tundra. From there, you have three quests to tackle, including the main story of the expansion, the Calyrex quest.

Without spoiling anything, I can gladly say that this quest is one of the most enjoyable parts of the expansion. For the first time ever, the main legendary is not only used as a plot point, but is an actual character in the story. With plenty of engaging dialogue and banter, we get a close look into the character of Calyrex, which allows the player to feel more invested in their story. This helped make the moment where they join you on your journey all the more satisfying, and easily made the quest for Calyrex my favorite of the three.

Don’t think for a second that the other two quests got the short end of the stick, though. These two missions involve you tracking down the legendary golems and the new Galarian forms of the legendary bird trio. The legendary golem quest has you travelling across the Crown Tundra in search of four temples, each with a small riddle that must be solved in order to enter and find the respective golem. Although the riddles are quite simple, exploring the Crown Tundra and stumbling upon these temples is still satisfying, and a good fight against a legendary is always rewarding. However, the best part of this quest is the fact that there are actually two new legendary golems introduced in the Crown Tundra, Regieleki and Regidrago, alongside the original Regirock, Regice, and Registeel.

The Galarian Bird quest has you traveling to different areas all across the Galar region to track down the regional forms of Articuno, Zapdos, and Moltres. Don’t worry though, these birds aren’t traditional roaming legendary Pokemon. Once you reach the designated area and encounter them, the hunt is on, as you have to chase them down before you get to battle them, with each one having distinct chase segments that each reflect their personality. For example, Galarian Articuno will create clones of itself and circle around you in an attempt to throw you off. These factors make this quest one of my favorite parts of the Crown Tundra.

As a whole, the Crown Tundra is genuinely quite a fun expansion. It provides plenty of engaging main story content to explore, while simultaneously adding plenty of stuff to do once the main campaign is over. From intense dynamax adventures to hunting down a plethora of legendary Pokemon in the over-world, along with discovering some secrets, the Crown Tundra is the most fun I’ve had with Pokemon in quite some time.