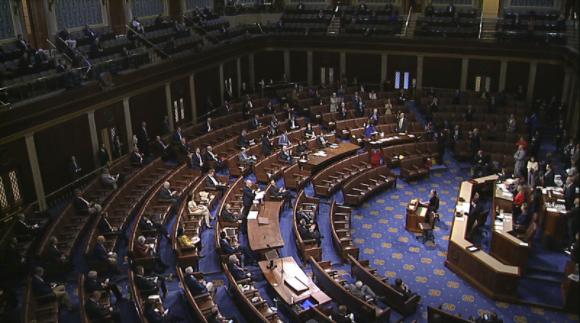 Many states, including Tennessee, Vermont, Georgia, and New York, have elected government officials that have been the first of their race, sexual orientation, or gender to ever have held their positions. As we either celebrate or resent the results of the presidential election this year, there are many notable firsts in government that we should take the time to acknowledge as it reflects the progress our nation has collectively made. These firsts should be celebrated as a symbol of moving forward in a nation whose history shows mainly white males as worthy of holding positions of power and conducting law.

To list a few of these victories across the country, Sarah McBride is one of these notable firsts, as she is the nation’s first openly trans state senator since winning the position of state senator-elect of Delaware. Michele Raynor-Goolsby and Shevrin Jones, were elected the first openly queer black woman legislator and first openly LGBTQ+ state senator in the state of Florida in addition to the election of the first female governor in Miami-Dade county. Kim Jackson made it as the first LGBTQ+ state senator in Georgia while Stephanie Byer makes it as the first ever transgender person to hold a position in Kansas state House. Cori Bush became the first black woman to be elected to Congress from Missouri. In the state of New York, Mondaire Jones won the race for the 17th Congressional District as the first openly queer black congressman, as did Ritchie Torres for the 15th Congressional District in South Bronx; Jabari Brisport won as the first LGBTQ person of color elected to the New York State legislature when he was elected for the 25th Congressional District and Khaleel Anderson’s accomplishment of securing a seat in the New York State Assembly makes him the youngest black person in state history to win public office at the age of 24. Torrey Harris and Eddie Mannis both make first openly LGBTQ officials ever elected to Tennessee state legislature. In the state of Vermont, Taylor Small is elected to the House of Representatives as the first transgender legislator in her state. Tarra Simmons becomes Washington state’s first previously incarcerated state legislator when winning a seat in the House of Representatives.

It’s evident that we’ve come a long way as a nation just based on the diversity of leaders we have elected to serve in government institutions. It will be interesting to observe the impact their leadership has on our nation and how we will learn to continue to grow together in the next couple years.