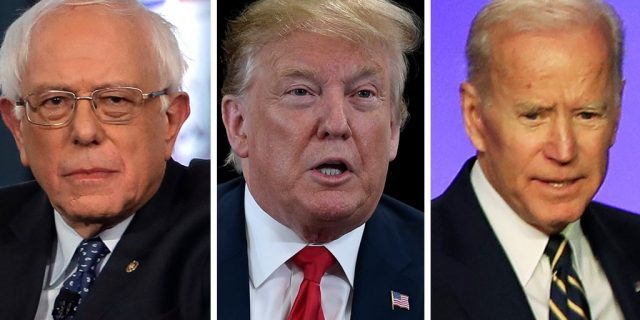 In the past several presidential elections, the youth has been increasingly alienated by the aging Washington Elite. This upcoming election is no different with several old men running for office. However, there is still a younger option, a man years younger than the other candidates. This man is none other than Donald Trump.

Like the youth today, Trump wants to see changes in our political system unrivaled by his opponents. His current and planned policies are designed to cancel all of the flaws made by his predecessors and to strengthen America. Without him in office, America could be a different place.

Trump’s connection with younger voters extends beyond his youth and energy, as his opponents’ online presence hide in the shadows of his 75 million Twitter followers. His attachment to his phone and social media can be seen among us, showing how we have an average American representing us in office.

We the youth can truly empathize with President Trump as we are both deeply misunderstood, stuck in a system that does not work for us, struggling with day to day issues, and caring too much about how others think about us. This empathetic bond with the president essentially ensures the youth vote in November, helping to secure a seat in the Oval Office.

More evidence of Donald Trump’s energy can be seen in his health and speech. His two opponents are both suffering from ailments associated with age (Sander’s heart condition and Biden’s verbal mishaps)

One student said: “With Buttigieg out of the race, I really can’t relate to the older candidates and support Trump”, showing the slow shift towards Trump among younger Americans. Another student said that “I support Trump because we need to be progressive with our president. Obama was the first black president, Trump is our first orange one. Despite these differences, we need to make him feel welcome and hear from his orange point of view.”

This newfound support among younger people may threaten Bernie Sanders’ voting base and will likely lead to even more progressive policies to win over the hearts of American voters.