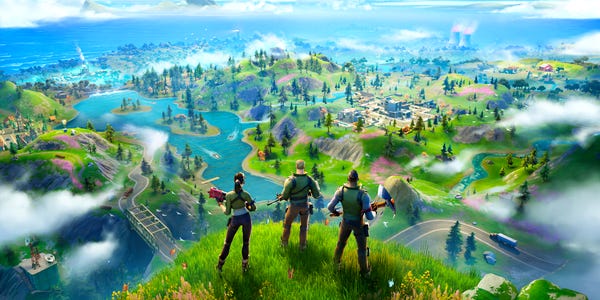 On October 13th, players of the popular online multiplayer game Fortnite logged on to be greeted with a surprise- a black screen with what appeared to be a black hole. Epic Games, the developers of Fortnite, had been teasing “The End” with an in-game countdown leading up to October 13th. Once the countdown hit 0, players in the game saw dozens of meteors fall down and were eventually sucked into a black hole. For the next 40 hours, the servers would be down and loading the game would result in a small black hole in the center of the screen. Occasionally, a number would pop up on screen, which fans have decoded to find a secret meaning related to the lore of the game. The only thing you could do was play a simple minigame by entering the Konami code, a button pattern in that when completed, would reveal a secret or cheats in many video and arcade games. Fans would stare at this blank screen for over 40 hours, anticipating the long awaited “Chapter 2”, or the game’s 11th season.

Finally, on the morning of October 15th, the new, updated, and fresh Fortnite season 11. Chapter 2 gave fans not only a new battle pass filled with skins, epic emotes and dances, and other in-game content, but also a brand new map. This introduced different points of interest for players to drop from the skies including “Frenzy Farm”, “Misty Meadows”, and “Slurpy Swamp”. Chris Voskinarian, a junior and Fortnite enthusiast describes the changes as “new and exciting” for him to explore. This was, by far, the most drastic alteration to the game since its release in 2017. Fortnite finally received the fresh, new look it needed, giving fans and players around the world a unique experience.