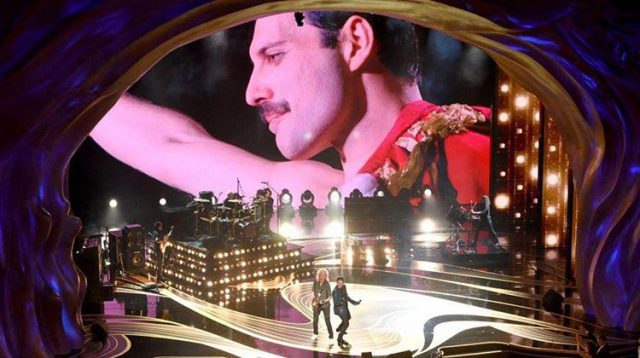 Since the 91st Oscars were announced, the most important night for movies was off to an unusual start. One of the first problems that arose was how their host, comedian Kevin Hart had publicly stepped down from his gig after controversial tweets that he had posted years ago had resurfaced, and he refused to apologize. After hearing that there wasn’t going to be a host, many people thought that the Oscars weren’t going to be good this year, but after watching the whole award show, I believe that this year’s Oscars was one of the best! When it came to the performances of the night, there were two performances that I fell in love with. One of them was the performance by Adam Lambert and Queen. The show was opened by the group with the songs “We Will Rock You”, and “We Are the Champions”. In my opinion that opening was great as the movie Bohemian Rhapsody, which was nominated for Best Picture, and I really enjoyed how videos of Freddie Mercury playing in the background as they executed their performance. The last performance that I loved was performed by Bradley Cooper and Lady Gaga. The movie A Star Is Born is my all-time favorite movie, so when the two actors sang together, my heart was completed, and many agree on social media, as tweets were buzzing about the duo singing together. Before the movie came out, I didn’t think Bradley Cooper would be a good singer, but the movie and his performance while singing with Lady Gaga that night proved me and probably many other people wrong. The two sang their hit song “Shallow”, which was also the song that won the award for Best Original Song, and I couldn’t have been more content with the intimate performance they executed.