Home Politics “How Much Interest Are We Talking About?” 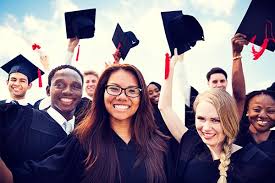 Benjamin Franklin once stated, “an investment in knowledge always pays the best interest.” With the astonishingly high amounts of student loans, surpassing 1.2 trillion dollars, this inspiring quote has taken on a whole different meaning. Many high schoolers and their parents are now wondering if a college education is even worth it. Current student debt has delayed many from buying homes, starting families, feeling financially secure, and contributing to expanding the economy. Something has to be done for our youth, the future of America.

While running for president, Senator Sanders proposed free education for all. Although this sounded ideal, “free” would cost Wall Street money as it would require Wall Street traders to pay a “speculation tax” for each bond or stock sold. Sanders lost the presidential elections to President Trump. A few years earlier, The Bank on Students Emergency Loan Refinancing Act, proposed by Senator Elizabeth Warren was also defeated by the Senate with a vote of 58-38. This act proposed that interest rates on student loans be slashed from 7% to 3.86%. This would be accomplished by placing a required 30% income tax on anyone who earned above $1,000,000 per year. Those who voted against the act felt that the students had committed to pay the interest rates and should carry out their responsibilities. They also argued that punishing successful people would reduce the motivation to become more successful (taxing the rich would only hurts the economy). However, proponents feel that high student loan interest rates are a burden for students and are an obstacle for all to climb up the ladder.

President Trump has remarked that he does not want the federal government to continue to profit off student loans. However, he has not explicitly discussed any definite plans to reduce student debt directly other than improving and increasing the job market. Many U.S high school students hope that access and the cost of education will be at the forefront of our nation’s mind.