Home Opinion The Politicization of Celebrities 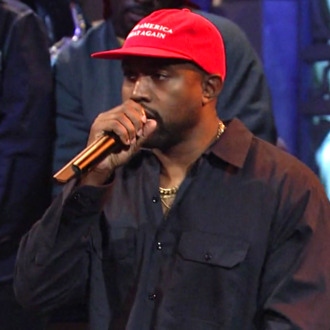 This weekend Kanye West West was the musical guest on Saturday Night Live. After the show ended he went on to give a pro-Trump speech in a Make America Great Again hat. In his speech he expressed his strong support for Trump and berated Democrats for a plan to take “ fathers out the home and promote welfare.” He also alluded to his potential 2020 presidential candidacy. Although the speech was after the show ended and off camera, it went viral after Chris Rock posted a video of it to his Instagram account.

Kanye West’s actions are contributing to a larger trend. Ever since the candidacy and election of President Donald Trump many celebrities have been expressing their political views publicly. Although this has happened in the past, like Arnold Schwarzenegger becoming the governor of California, there has never been as many celebrities discussing politics as there are now.

I believe this trend is not only hurting their personal image, but also our democracy. Today, in a hyper partisan environment, anything anyone says is bound to cause disagreement with a significant number of people. One of the most prominent examples of this is Colin Kaepernick. He believed by kneeling for the national anthem he was bringing attention to a cause he supported, while also believing he was respecting the army and the country. However, even though he didn’t intend to offend anyone, a large number of people believed his actions were “unamerican”. This led to his career and reputation being ruined. Once a celebrity expresses support for a political cause they instantly lose a large number of fans.

However, not only are the reducing their fan base, they are abusing their influence. With the rise of social media, celebrities have exponentially more influence than they ever did before. Fans can now see every facet of their favorite celebrities lives on social media, and therefore, feel personally connected to that person. When a star expresses their opinion thousand of fans will agree with them just because they like them. For instance, if Oprah Winfrey runs for President thousands of people will vote for her just because of her fame.

Hopefully, this trend is just a fad and we can return to normalcy soon.