Home Politics Political Moves Made in Huntington & A Farewell to Councilwoman Susan A.... 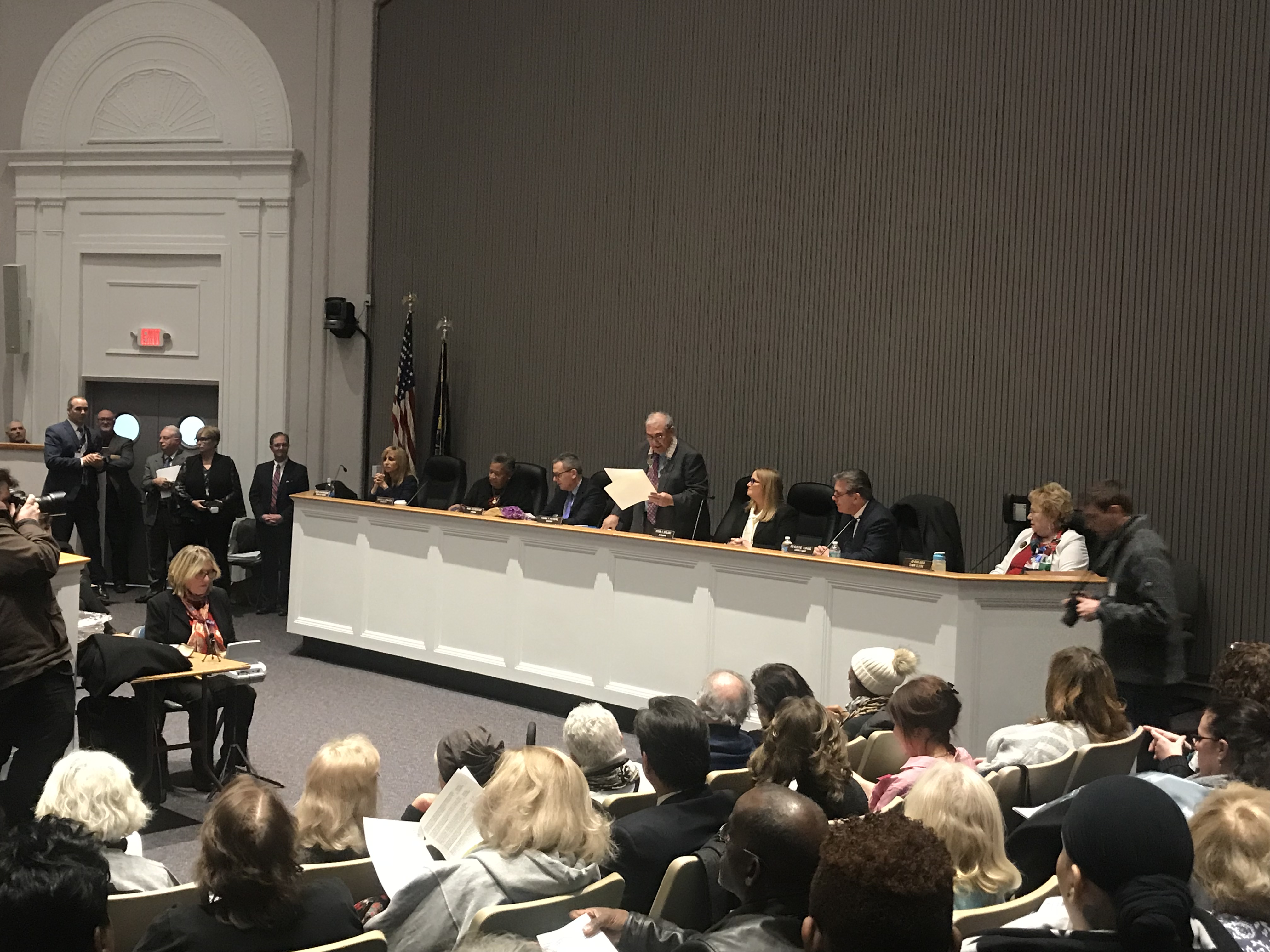 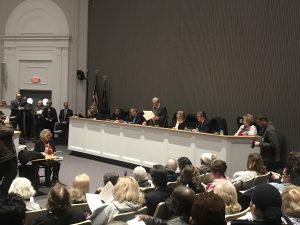 At this meeting, there were sixty-one articles of business; consequently, it took nearly four hours to conclude. It is not uncommon for a town board meeting to be this long since the politicians meet once a month in a forum open to the public. 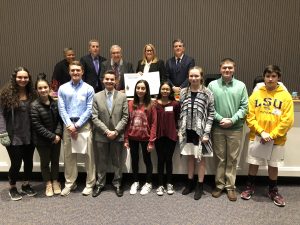 During this meeting, Councilwoman Susan A. Berland was awarded a Proclamation signed by the Town of Huntington Youth Council and its executive board. When a proclamation is presented, it is read aloud for the community to hear and is usually read by another council member. Since Councilwoman Susan A. Berland created the Town of Huntington Youth Council, her proclamation was read by Youth Supervisors Rafaello J. Carone & Marley Jacobson as well as other officers serving on the executive board in the youth council. This was a memorable and symbolic initiative that she took.

A few portions of her proclamation followed by brief commentary:

“Councilwoman Susan A. Berland is the Town’s first full-time Councilmember. Councilwoman Berland has always maintained an open door policy and has worked tirelessly to make the Town’s government open, accessible and responsive by bringing Town Board, Zoning Board and Planning Board meetings to everyone’s home through the creation of the Town’s TV Channel.”

Councilwoman Susan A. Berland served our community honorably and loyally for the past 16 consecutive years. When it came to her constituents and those who were in need, there was no such thing as office hours. I can personally attest to this as I was beside her as the Supervisor of the Huntington Youth Council for two consecutive years, a summer intern, and a long-term constituent of hers.

“Councilwoman Berland is a tireless advocate and staunch supporter of the arts and of providing programs for Huntington’s senior, veteran, youth and disabled residents. has educated and informed residents about important health and safety matters.”

“Councilwoman Berland created the Red Dot Program; a Town-wide initiative designed to inform emergency medical personnel of vital medical, contact and insurance information which may affect treatment given at an accident scene.”

This was just one of the many initiatives put forth by Councilwoman Berland to help save lives and improve public safety.

“In 2003, COUNCILWOMAN SUSAN A. BERLAND established the Huntington Youth Council, an organization comprised of students from each high school in the Town, which supports the development of involvement of Huntington’s youth in the Town and encourages a spirit of charity and volunteerism. Since its inception, the youth council has met monthly to discuss issues that affect the youth of our community and to plan events that engage their peers in local issues such as the annual Test Study Guide Drive, Sports Swap, Holiday Pet Food Drive and the Youth Forum. Thanks to Councilwoman Berland’s leadership and guidance, the youth council is now in its fifteenth year of operation and has raised thousands of dollars for local charities in the Town of Huntington.”

The Town of Huntington Youth Council currently has over thirty members and continues to represent the youth from the high schools within the township of Huntington every day. We meet once a month to discuss pressing community issues, work on town reform, promote our youth’s interests, run fundraisers for organizations and charitable causes, and host events such as the ones listed above. The majority of the Council is represented by Half Hollow Hills Students. Applications for the Huntington Youth Council can be found in the main office and in Mrs. Lippert’s office in early fall.

It was an honor to have read and presented Councilwoman Berland’s Proclamation. Although she is leaving the Huntington Town Council, she has ascended to the office of Suffolk County Legislator of the 16th district and will continue to serve our community. For those of you who aren’t aware, we live in the 16th district and either reside in the Huntington or Babylon township based on your address.

Now onto the political moves made in this town board meeting. In the 59th piece of business, Councilwoman Berland resigned from office less than a month before her ascension to the position of Suffolk County Legislator. Why would she do that and how does that affect us? Well in 2017 there was a 4-1 majority of four Democratic council members and one independent council member serving on the town board. The independent councilman, Eugene Cook, was formally a Republican councilman. If Councilwoman Berland did not resign, a Republican majority of three council members would have appointed a Huntington Town resident to serve the remaining time in her term making it a 4-1 Republican majority in the upcoming year. Since Councilwoman Berland resigned before the newly elected officials were inaugurated in January 2018, the Democratic majority in the town council at that time appointed the Democratic Councilwoman currently serving: Joan A. Cergol.

Another political move made in this town board meeting was the opening of the Term Limit discussion at town board. In the ninth article of business in this town board meeting, under the public portion, the topic was discussed and debated. This term limit discussion was deemed a presentation and a general discussion without a vote to pass legislation. Before this meeting, term limits was not a topic discussed and was oftentimes avoided by most of the past and present town councils. Councilman Eugene Cook who currently serves our community as an independent has championed and is a strong advocate of term limits for local politicians in our town. Councilman Cook is certainly not alone. During this town board meeting Jim Leonick, who is a former candidate for the Town of Huntington town councilman position, joined in on Councilman Cook’s position on term limits and outlined why the Town would benefit from having term limits. 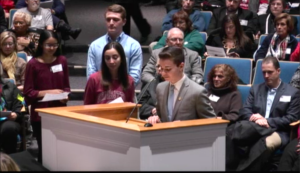 Town board meetings occur every month and are open to the public and Huntington’s youth. Below you will find the links to the video of the Town Board meeting and the agenda of that meeting.