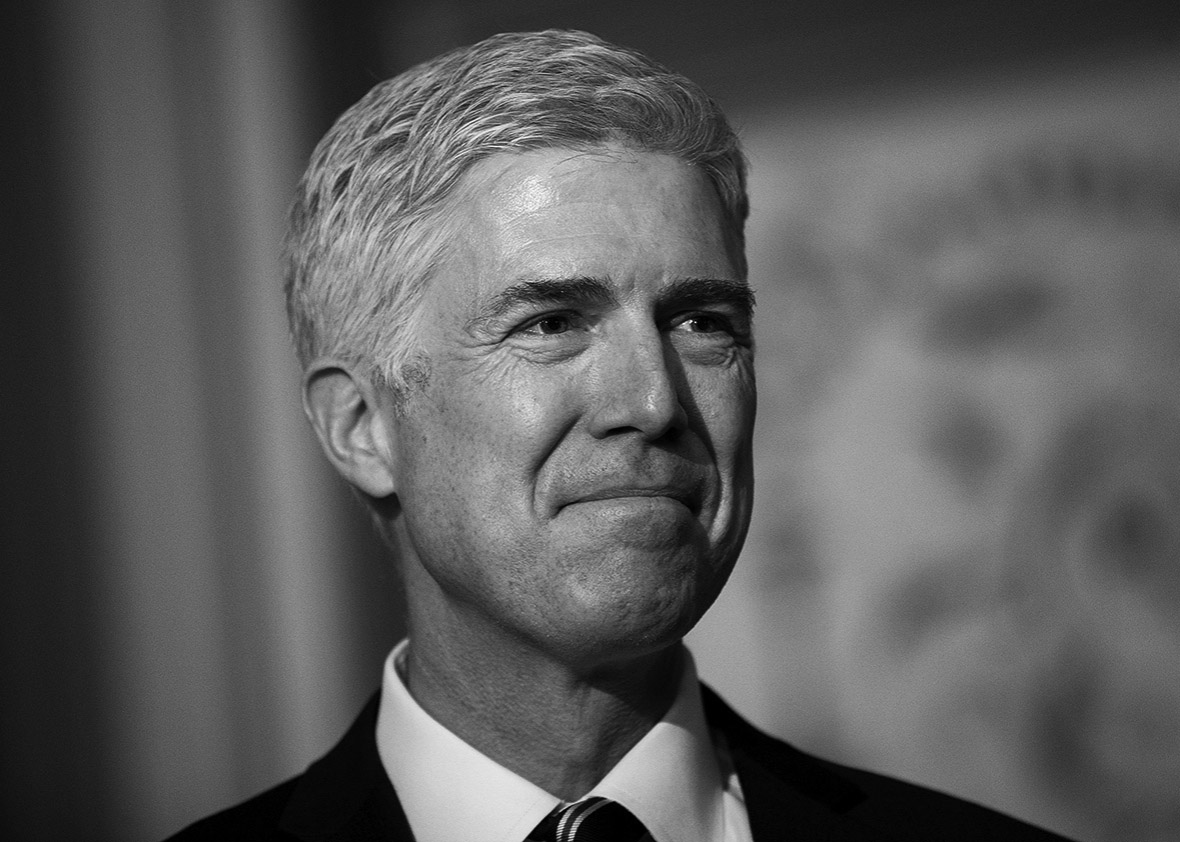 After the Republicans went “nuclear” and avoided a filibuster from Senate Democrats, Judge Neil Gorsuch was sworn into the U.S Supreme Court as Justice Scalia’s successor. Judge Gorsuch was selected by the President as a result of his record within the 10th Circuit Court of Appeals.

Although laws are created to protect all American citizens equally, many judges within courtrooms across America often have a tendency to consider their own values when making decisions on cases. Gorsuch is well known for his conservative values. His support of the adherence to the Antiterrorism and Effective Death Penalty Act of 1996 is apparent.

In his first Supreme Court case, he voted in favor of the death penalty for an inmate in Arkansas. His vote resulted in a 5-4 vote in favor of the penalty and consequently, the man in Arkansas was executed the same day. It is quite early in his term as an Associate Justice of the Supreme Court, but just as it is proven by the death penalty case he already partook in, his rulings will have a large impact on the outcomes of the nation’s most controversial court cases.

Neil Gorsuch is also known for his strong stance on religious freedoms. As a Roman Catholic himself, faith is important to him. Previously, Gorsuch has gone out of his way to defend the religious rights of many, including prison inmates. In the case of Yellowbear v. Lambert, Justice Gorsuch ruled with the majority of those in the Tenth Circuit Court of Appeals, but also explained the importance of Andrew Yellowbear being able to practice his religion in the “sweat lodge.” Gorsuch stated, “No one doubts the sincerity of his religious beliefs or that they are the reason he seeks access to his prison’s sweat lodge — a house of prayer and meditation the prison has supplied for those who share his Native American religious tradition.”

High School West Sophomore Zachary Graulich believes that because of Gorsuch’s record of defending religious rights, students in High School West who have feared that their religious rights would be taken away under this new administration should feel relieved: “Justice Gorsuch has chosen to make numerous political stances of his public knowledge for years now. One such being the right to religious freedom, a freedom that many people, including our peers, believe will be, for some reason, taken away from them under the current Trump administration. Justice Gorsuch has stated that all have the right to religious freedom, including convicted criminals, as religious freedom is not a right that is lost when one is convicted.”

Although Gorsuch is well known for defending religious values of Americans, he is infamously known and often ridiculed for not defending the rights of those with disabilities. Mrs. Corso, an English teacher at High School West, discussed this flaw that was recognized in his confirmation hearings: “As an educator in a school district that takes pride in upholding the educational needs of all students, promoting individual abilities, and cultivating programs that ensure progress and achievement for those students protected by the Individuals with Disabilities Education Act, it was disheartening that Judge Gorsuch determined that the federal IDEA did not entitle an autistic student the right to funding for programs that would more effectively hone his social and intellectual skills outside of his public school.  Congress has made it clear that IDEA must help students make progress toward independent living, yet this particular autistic child was, undisputedly, making no progress toward self-sufficiency outside of the educational environment. To me, this raises many questions about Judge Gorsuch’s willingness to acknowledge the needs of students with disabilities.”

During Gorsuch’s confirmation hearing, the father of an autistic child that was not supplied with the proper accommodations for his learning needs arose this alarming issue. Although Gorsuch apologized and stated that he was “bound by circuit precedent,” this ruling still affected a child in need. Children in need of learning accommodations reside throughout Long Island and most definitely in High School West. According to a Newsday statistic from 2014, one in sixty-eight children is autistic. While parents may not have considered Gorsuch’s stance on cases that involved children with special needs, these parents of those with special needs can possibly be affected by a ruling of the judge in the near future.

Gorsuch has only served as a Supreme Court Justice since April 10, 2017. Whether his stances on religious freedoms and children with disabilities will play a role in the highest court of the land can only be known once Gorsuch encounters cases that involve these aspects of the law.