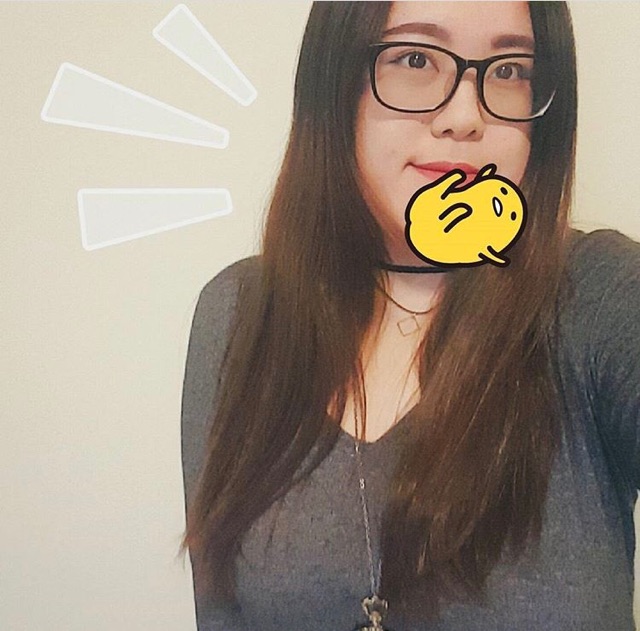 Hey everyone. It’s a little weird for me to be putting my own words onto paper other than photo credits and various graphics. Normally, I’m putting others words onto the page. Literally. For those of you who may not know me, my name is Michelle Zhang, and I’ve been lucky enough to be an editor here at the Roundup for four years. I started my freshman year as a graphics editor, creating various pictures using Photoshop for the club. In fact, my first official job in this club was creating a Santa picture for the winter print. Then I moved to photoshopping Mrs. Banks onto Fidel Castro. Big jump, I know.

However, the biggest jump for me was becoming the design editor during my sophomore year. The job is extremely different from a mere graphics editor because I was no longer just creating photos, but creating the entire print. Let me clarify, graphics design is not my forte. The only knowledge I have is from Media Arts with Mr. Doxsee in freshman year. So I had to quickly learn advanced techniques to put together a print from scratch. As if that wasn’t hard enough, Mr. Riccuiti and Andrew Baker, the editor in chief at the time, thought it would be a great year to start the magazine. Let’s just have the brand new design editor who barely knows the program create a design heavy issue. Thanks a lot.

I’m not being sarcastic. The magazine was one of my biggest challenges, but it was also the most educational. I was forced to learn complex techniques, study magazine trends and force myself to be creative with my layouts. I could no longer create the simple, black and white, three-column layout anymore. I was forced to be creative with colors, images, and fonts. As someone who tends to think as everything as yes or no, creativity was not exactly my strength. But I had to hone my creativity to create a pleasing magazine for everyone. Over time, each magazine grew more interesting and aesthetically pleasing. It continued to grow into my junior year.

In junior year, I decided to be ambitious and take upon myself one of the hardest designs I have made to this day. The very first print we did, the homecoming magazine, I decided to make it a fake cork board and “pin” the photos and articles to it. You do not know the struggle of having to put a drop shadow behind every pin and every photo. Every little detail mattered. I felt like dying afterward. But it was all worth it. It was one of my most proud prints and I hope that everyone who read it enjoyed it. For the rest of the year, we split the print into traditional newspapers and magazine prints. However, I continued my best to produce innovative layouts through our brand new Story of the Week newsletters. These were such a hassle since I had to make a layout more frequently and some took longer than others. As annoying as they were, it became my new chance for creative designs since there was the decrease in magazines.

Senior year wasn’t much easier. I created another impossibly hard design for our homecoming magazine once again. I made each page a representation of a social media website. But of course, I couldn’t use elements from the actual website because that would be copyright. So I made each button, each small piece of text, everything from scratch. Once again, I was extremely drained and tired afterward, but I could not be more proud of an issue as I was of that one. I also rebranded our newspaper this year. See that new red logo? It was an idea I had in freshman year but did not have the skills to create. But thanks to the newspaper, I landed a summer internship at a design firm before my senior year. During that time, I created the very logo that you see today.

Senior year was also interesting because I created videos for the Roundup for the first time. First was the homecoming court video and the next was the Valentine’s Day special. Each took extremely long but were well worth it. I was glad to not only be creating designs for the club but helping to create videos as well. A small detail that people may not know is that I’m actually an unofficial photographer for the Roundup. Basically, I only take pictures during spirit week and homecoming, but I take nearly every photo you see in the homecoming editions each year. Thankfully, I had a press pass to take pictures up close and personal since freshman year. I’m eternally grateful to the Roundup for giving me the chance to capture memories of my grade for the past four years. Shoutout to the class of 2017 for being amazing! I would also like to thank the Roundup for taking me to the Columbia Journalism Conference for the past three years. One of the best field trips every year!

Wow, I did not think I could write that much considering it’s not my job to. Congratulations class of 2017 on making it! But I would like to sincerely thank every staff member of the Roundup team. Whether you were simply a staff writer for the past and current editors, thank you for making this club a memorable one. I would also like to personally thank all my staff members the past few years including Julia, Lexi, Tyler, and Vanessa. Huge thanks to Mr. Doxsee for teaching me, to Mr. Riccuiti for inspiring me, to Nicole for encouraging me and to you, the readers, for looking at my layouts and supporting the paper. Please continue to support the Roundup and our future endeavors!