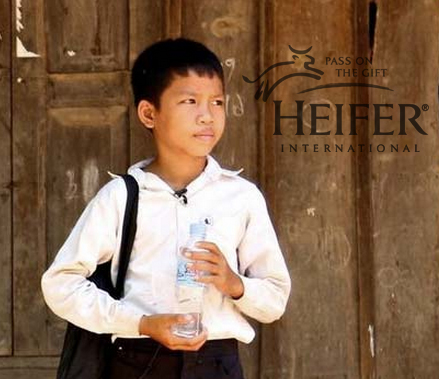 It has certainly been a successful year for the High School West Environmental Club. Recently, the club raised over $1000 for the Heifer International Charity, whose goal is to end hunger and poverty by linking communities and bringing sustainable agriculture and commerce to areas with a long history of poverty. With this goal in mind, members of the Environmental Club were able to raise money and awareness by collecting donations, arranging bake sales, selling handmade bracelets put together from soda tabs, and several other activities. With the money earned, the club will be purchasing biogas stoves for an entire village that runs off the waste trapped from manure.

“Knowing that our earnings would be used for such a good cause, I was really motivated to play an important role in raising money for Heifer International. This has been a great achievement for Environmental Club and we would not have been able to raise as much money as we did without the wonderful souls of Hills West!” says Treasurer Marli Delaney.

Environmental Club President Abby Schlackman says, “I feel like this year our club is reaching all of our goals. As president, I am very proud of all that we have accomplished for the earth and these people in need.”

Congratulations to the Environmental Club on its success!