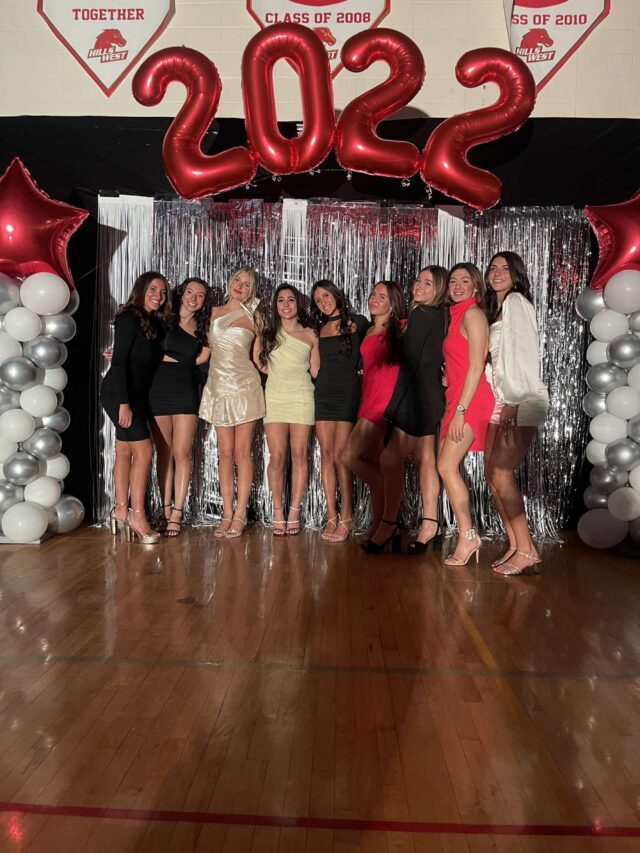 Senior year, the conclusion to high school. And as we’ve made it halfway through the year, it’s time to celebrate with an annual tradition: the senior banquet. This dance is a way to celebrate the seniors and announce the senior superlatives. This is a fun way to involve the senior class and allow them to nominate their peers for a variety of categories.

The senior and junior student council took big roles to prepare this for the seniors. According to Azaan Bilal (senior class president) and Nicolette Reale (student government liaison), the banquet took months to prepare. Azaan explained that “myself and the other officers spent a lot of time coordinating the decorations, food, and itinerary of the event. We all worked efficiently with our advisors and administrators to ensure everyone was on the same page.”

Nicolette shared that “we just wanted the seniors to have fun. It’s been so long since we’ve been able to have a fun grade-wide event, so we just wanted everyone to enjoy themselves and have fun together.” The officers had a lot of work to do when it came to planning and decorating, but in the end, it all came together and was a blast!

Additionally, students enjoyed finding out who won which category. Students gathered together towards the end of the night to cheer on their classmates. The winners of this year’s superlatives are as follows:

Go late to their own wedding: Ayana Tarique and Karmyn Herrera

Best to bring home to your parents: Natalie Silverman and Stella Maurino

Most likely to make you laugh: Randy Shochat and Leilah Burgher

Most likely to succeed: Azaan Bilal and Nina Su

Most likely to win an argument: Danny Herrera and Morgan Hirschberger

Most likely to be mistaken for a freshman: Sam Mendelson and Hattan Kahn

Azaan said that “winning 3 awards at the senior banquet felt surreal. I was cut off guard by winning 3 of them still, I feel that the awards that I won were strong reflections of my hard work and dedication.” However, one person to take note of is Vincent Stefania, who won the Brainiac award although he is failing the majority of his classes. He explained that “I finally got recognition for my academic accomplishments and it made me feel satisfied in all the work I have put into high school.”

We hope everyone who attended the banquet had fun and enjoyed themselves. Enjoy your last year at HSW class of 22!