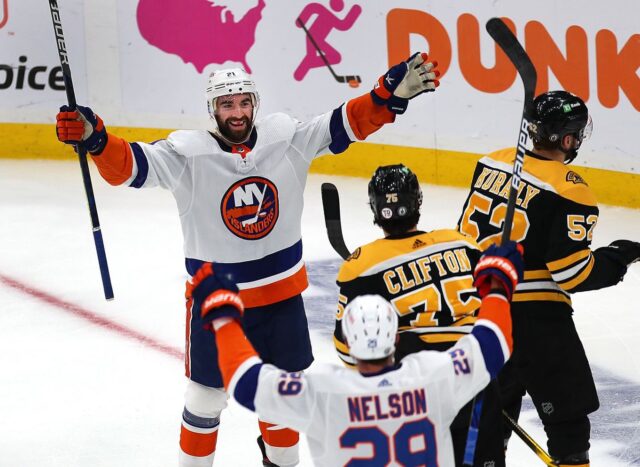 Though the New York Islanders entered the playoffs as the fourth and final seed in the East division, the Isles have the chance to be the victors of the region tonight.

After knocking off the Pittsburgh Penguins in six games, the Islanders moved on to face the Boston Bruins in round two. The Bruins posted more of a challenge than the Pens, as Boston’s high-powered offense and aggressive physical play would give any scrappy team a difficult time.

The Isles and Bruins traded wins in the first four games of the series, with the Boston taking games one and three and the Isles winning games two and four. The Islanders would take game five, but it would seem much more like a fluke victory after Boston posted 44 shots to the Islanders 19. Fortunately for the Islanders, they would leave TD Garden victorious with a 5-4 win. Goaltender Semyon Varlamov would out-duel Bruins goalie Tuuka Rask, with Varlamov stopping 40 pucks to Rask’s 12.

The Islanders’ game five victory would give them a 3-2 series advantage. On Wednesday, June 9th, the teams will be heading back to the Nassau Coliseum in a do-or-die situation for Boston and a potential series clincher for the Islanders. Still, this game will not be any easier, with this series being the most competitive of round two. The teams have combined for 391 hits in just five games, two of which were decided in overtime. The average margin of victory in the series has been 1.6 goals, with the last three games decided by just one goal.

The series has been one of the most interesting in this year’s playoff. The games are intense, with players on both sides reluctant to give an inch on the boards. The defense has been hard-hitting and aggressive. The offenses have been creative yet systematic in the way both teams move the puck to the net with quickness and tape-to-tape passing before finishing it off with a screaming shot on goal.

The Islanders have but one more game to win before they can move on to face either the Colorado Avalanche or Vegas Golden Knights. Still, do not expect any poor play this game, as both teams will come out swinging.