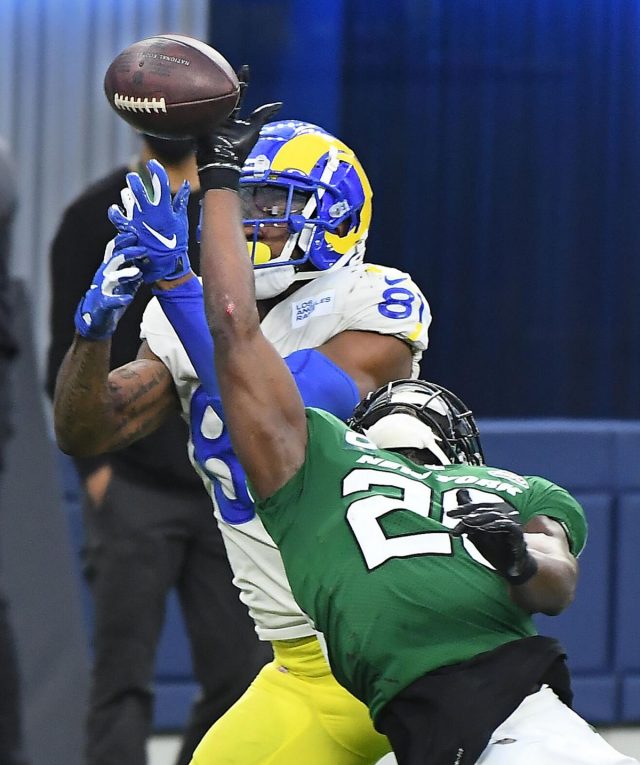 Going into week 14 of the NFL season, the New York Jets were winless, constantly trotting out a demoralized team under a depressingly inept head coach. In the week prior, pundits and fans alike started to speculate that the Jets would be just the third team to finish a season 0-16. Gang Green walked into SoFi Stadium on Sunday to face off against the 9-4 Los Angeles Rams, who at the time led the NFC West, the most competitive division in football. All signs pointed to another thrashing at the hands of a better coached and more talented team. However, the Jets would accomplish something that no one thought conceivable just hours before kickoff.

New York jumped out to an early lead after an incremental drive ending in a Ty Johnson touchdown. A pair of field goals from Jets kicker Sam Ficken would put the Jets up 13-0 before LA would split the uprights for three of their own as the first half ended. As both teams left for their respective locker rooms at the half, no one was quite sure what had happened, but at the time, fans believed it was just a fluke, and the Rams would soon storm back. After play resumed, Jets Runningback Frank Gore would punch in a touchdown on a crucial fourth and goal before the Rams would answer with a quick seven of their own. Sam Ficken would score three more for NY, followed by another Rams touchdown. The score would get closer as the game approached its waning minutes. Both teams would trade the football several times in the fourth until LA was at the Jets’ 37-yard line, desperately needing a touchdown to avoid the biggest upset of the season. On third down, Rams QB Jared Goff would throw an incompletion down the sideline forcing the most crucial down of the game at 4th and 4 in Jets territory. Goff would loft up a pass to Tight-End Gerald Everett. In pursuit was Safety Marcus Maye. Maye leapt to thwart the aerial attack, knocking down the desperation bomb to seal the 23-20 victory.

While the team would jog off the field jovially grinning and fist-pumping, some fans reacted much more heinously. With this loss, the Jets have temporarily secured the second-overall pick as opposed to the first. The Jets could potentially be missing out on the highly-touted Clemson QB Trevor Lawrence. Discontent from supporters is almost certainly warranted, as Lawrence is one of the best prospects we have seen in a while. However, I am not a proponent of this way of thinking. Lawrence is great, and he will be a star in the NFL. That is a fact. He might even win multiple Super Bowls with the Jaguars. However, if you are a Jets fan and you have been so hurt by the team’s losing ways, why would you gleefully watch your team achieve the ultimate mark of a loser? Furthermore, you have to think of it from the perspective of the players. If you worked your entire life for the sole purpose of making the NFL and all of a sudden you are playing for a team who’s fans cheer their failures and seem unphased at the prospect of the team going winless, how upset would you be? 0-16 is not somewhere a team wants to be. A winless season is the mark of a lost organization. This feat symbolizes a franchise that has exhausted all possibilities and has succumbed to its fate as a failure. For some Jets fans, Trevor Lawrence might represent hope. But to me, hope is watching my team win a hard-fought football game after months of anguish and turmoil. Hope is not giving up because it is analytically responsible, but forging ahead even when others call you crazy because that is what real champions do.