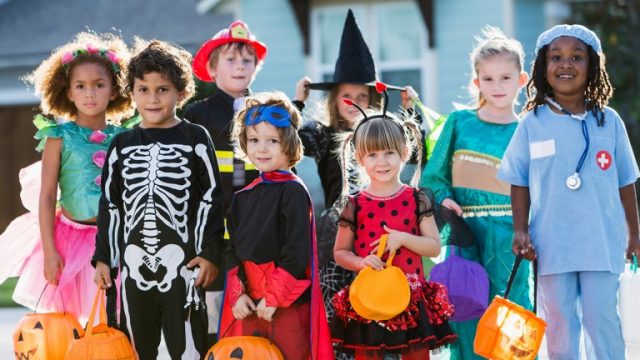 There are several components that make up the holiday of Halloween. The scary movies, the trick or treating, but most importantly, the costumes. Halloween costumes have been the most definitive part of this holiday for over 2,000 years. To this day, children and adults dress up every year, but what are the most popular costumes of this year? Is there an influence on this year’s costumes from the pandemic or the presidential race? Will Halloween as a whole even happen this year?

As costumes have evolved over the years, so has the expense of the holiday. It is estimated that in the past 15 years, the average person has spent around $40 more on Halloween than before. The most popular costume of 2020 with children is a princess costume. This makes sense because children are really only exposed to what their parents show them. The princess costume is followed by superheroes and ghosts. The most popular costume this year with adults is the witch costume. More than 4.6 million adults are planning to be a witch this Halloween. This makes sense because the witch is a staple of Halloween, just like zombies and vampires, which follow up after the witch this year.

COVID-19 has ruined just about everything, but with the right guidelines, the CDC hopes to keep some of the annual Halloween spirit this year. They released an article with their idea of a safe Halloween. Their plan states small, medium, and high-risk activities. Traditional trick-or-treating and costume parties were both in the highest risk category. However, they came up with some ideas to keep the holiday fun. They recommend the safest category online costume parties and spending Halloween with the people in your house. The moderate risk category recommends participating in trick or treating with previously wrapped goodie bags that give no contact with other people and having a small, socially distanced costume party with masks. The presidential election hopefully won’t affect Halloween with arguments, but it will most definitely affect some costumes! Be on the lookout for some Trumps, Bidens, Harrises, and Pences walking down your street, as it is almost guaranteed people will be dressing up as this year’s candidates. A friend of mine, Tom Jameison, told me “Yeah I’m dressing up as Biden this year. I’m hyped. I’ve been putting my costume together for a little while”.

Halloween will still happen this year, but it will certainly be unlike any other. It will be another thing to fall on the list of things ruined by COVID-19.