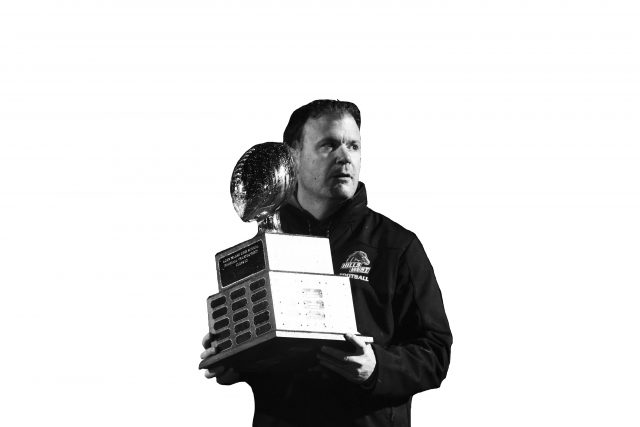 This year has been outstanding for Hills West sports. Both the boys’ and the girls’ soccer teams had exciting seasons with playoff runs in the fall. Now, the winter sports season has been dominated by terrific school basketball, with both programs making the postseason. Even Hills Hockey has taken over the headlines as of late with their incredible playoff push. Despite all of these marvelous accomplishments, there is one Hills West team that has had unparalleled success this year: the football team.

Colts football was truly special this year. After only suffering one loss during the regular season, the team went on an amazing postseason run. They took down a Westhampton team that was ranked in the top three in the state for the Suffolk County Championship en route to their Long Island Championship victory over Plainedge. Despite this incredible success, bad news hit the Hills West football program shortly after the season. At the postseason team dinner, Coach Madden informed his players that he will be stepping down as head coach of the Hills West football in pursuit of a coaching job at East Islip High School.

Tyler Wichman of the Hills West Roundup caught up with Mr. Madden last Thursday and was able to ask about his motives for leaving the program. The legendary coach said that he was leaving with the hopes that, “(Mr. Madden) can someday have the opportunity to coach my own children and to help build the youth community where my children go to school.”

This is a trend that is nothing new to Hills West, as Tom Rooney, ex-head coach of the boys’ lacrosse team left the program last year to coach at the school where his sons play. It is almost every father’s dream to coach his son, and to be given the opportunity to do so is a blessing.

An event like this is a perfect opportunity to reflect. In 20 years with the Hills West Colts, Coach Kyle Madden has seen nothing but success. He has led countless teams to playoff appearances, won 3 Suffolk County Championships, 2 Long Island Championships, and was even given the prestigious honor of the best football team in Suffolk County, also known as the Rutgers Trophy, twice in his tenure (2009 and 2018). When asked about his time at Hills West, Mr. Madden said, “I’ve coached football for 20 years, had a lot of success, had a lot of great players, even some kids in the NFL… there are definitely no regrets.”

While reflecting, the coach remembered players who, “came in reluctant, maybe immature, at times even selfish, who learned to trust their coaches. By the end of their time at High School West, they became really unselfish and great teammates.”

These experiences are what make coaching worthwhile. It is the responsibility of a high school football coach to not only make his players better at the game of football but to also mold the players into better young adults.

After 20 exciting years as the head coach of the Hills West Football team, it is evident that Mr. Madden has molded teams together filled with great success on the field as well as outside the lines. Mr. Madden also stated in the interview conducted by Tyler Wichman that he will be remaining a teacher at Hills West. There is no better way for coach Madden to step down from his coaching position than with a Long Island Championship, especially under this year’s circumstances.

Earlier in 2018, Mr. Madden, unfortunately, lost his father. This extremely sad time in his life inspired him to dedicate this past football season to his role model, and the players did not let him down. For Coach Madden to leave the football program by riding off into the sunset after a season as special as this past fall is truly perfect, especially because he is coaching at East Islip to eventually coach his own children.

This is a remarkable opportunity for Mr. Madden and his family, and our family here at Hills West wishes him the best of luck in his ventures. As for the head coach vacancy here at Hills West, Gerald Filardi Sr. appears to be next in line (pending board approval, as per Coach Madden). Mr. Filardi was a linebacker at Penn State in his college days and played professionally with the Pittsburgh Steelers for three seasons. Since retiring, he has coached his three boys in youth football locally and on travel teams. Currently, his oldest son, Gerald Filardi Jr., is set to graduate Hills West this year after three seasons as the starting quarterback/defensive back.

Jack Filardi will be a junior at Hills West next year, while the youngest son, Joseph, is currently in middle school. Gerald Filardi Sr., like Coach Madden, will coach his children at the varsity level. We look forward to this next chapter in Hills West football.