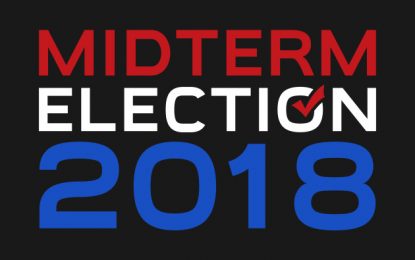 Since his inauguration in January of 2017, President Trump has exercised his executive power to great extents. Trump appointed two Supreme Court justices, issued eighty-six executive orders, and implemented new economic and immigration policy that has won the attention of the nation. Two years later, the people had the opportunity to voice their opinions through their fundamental civic duty: voting.

Unlike 2016, the widely accepted forecasts for the 2018 midterm elections became a reality. Democrats gained control of the House and Republicans expanded their control of the Senate. Mr. Kilkelly explains, “this year’s midterm elections resulted in a divided government. The Republicans view their expansion in the Senate as a chance to pass more legislation while Democrats view their gain of control in the House of Representatives as a stepping stone in gaining more seats in the 2020 election. It’s also important to note the remarkably high voter turnout.” Forty-nine percent of eligible voters participated in the 2018 midterm elections. Many pundits have viewed this election as a blue wave election. With five out of 435 races still undecided, Democrats picked up 39 seats in the House of Representatives, the third largest gain in seats by a party since 1940. However, Republicans still won many of the key toss-up races that gained national attention. Incumbent Republican Texas Senator Ted Cruz defeated Democrat challenger Beto O’Rourke. The possibility of a Senate seat turning blue in a deep red state caught the attention of the nation. Republican Brian Kemp defeated Democrat Stacey Abrams. If Stacey Abrams had won, she would have been the first African American female governor in United States history. 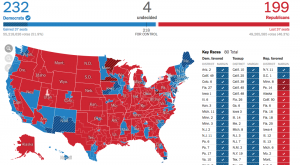 At the conclusion of election night, many races were still too close to call. In the spotlight were both the Governor and Senate races in Florida. This wasn’t the first time Florida underwent a recount that gained national attention. In 2000, there was a presidential ballot recount in Florida in which George W. Bush had only 537 more votes than his opponent Al Gore. Once all the votes were counted for the 2018 Senate race, Republican challenge

r Rick Scott led the Democratic incumbent Bill Nelson by 0.2 percentage points. Similarly, Republican Ron Desantis led Democrat Andrew Gillum by 0.4 percentage points. Consequently, recounts were called for. Since Rick Scott is currently the governor in Florida and oversees much of the election processes in the state, Nelson called on him to recuse himself from the recount to ensure that the votes in both races are counted fairly. However, Scott claimed that votes were counted improperly in both Broward and Palm Beach County and viewed the recount as an attempt to “steal” the election from him and Desantis. Democrats tended to be upset that Scott did not recuse himself from the recount while Republicans tended to be angered by the recount process.

Similarly, Senator Marco Rubio alluded to the fact that Democrats are attempting to “steal” elections by stating “elections should not be decided by who hires the best lawyers.” In an interview with CBS Miami, Rubio made it clear that he is not upset that there is a recount, but is angered that those responsible for counting ballots in Broward County did not follow the outlined procedures. He explains that Broward County was still counting early votes 96 hours after the early voting period had ended while the other counties in Florida had submitted the majority of votes within 12-18 hours. He believes that this is “problematic” since Broward County Supervisor of Elections Brenda Snipes did not disclose the number of ballots received or that needed to be recounted during the recount process. As of November 18, an attorney of Snipes’ office confirmed that Snipes submitted her resignation stating that she wants to spend more time with her family. After all the mayhem in Florida, both Desantis and Scott were confirmed to be the winners of the Florida races. Governor-elect Desantis will have the opportunity to appoint a new Broward County Supervisor of Elections assuming the resignation plans are carried out. 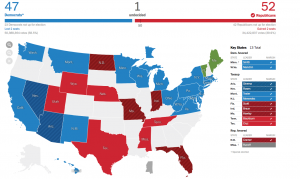 Many Hills West students will be casting their ballots in 2020 so it is encouraged that you become informed now. Chidera Ejikeme has been waiting quite a while to cast her ballot: “I have looked forward to voting since the 2008 election when I couldn’t vote. I am 2020 when I will actually be able to vote and my opinion will matter when I am able to get rid of certain officials.” Senior Christian Coppola notes, “it is pretty cool that I can vote in 2020. It’s nice to know that our voices will be heard and we can actually be viewed as adults and functioning members of society.” Student Meegan Young is excited as well: “I can finally uphold the American democratic principles that I have always learned about in school but have never had a chance to apply.” Although turning on news updates on your phone and taking it all in may seem overwhelming, it’s the nation’s future that you will be deciding upon.