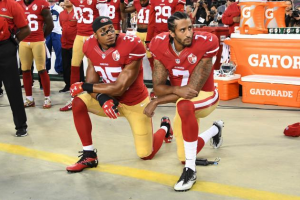 Before Colin Kaepernick was noticed sitting during the national anthem in the 49ers’ third preseason game against the Green Bay Packers, the singing of the national anthem was largely an unnoticed part of the sporting event. In fact, Kaepernick sat out the anthem during the first and second pre-season games as well, but went unnoticed. Kaepernick has said that he does not stand for the national anthem because he cannot stand to honor the flag of  “a country that oppresses black people and people of color.” He added that “this is bigger than football and it would be selfish on my part to look the other way. There are bodies in the street and people getting paid leave and getting away with murder.”

Since Kaepernick was first noticed sitting, many male and female athletes have joined him from various leagues and sports. The first to join Kaepernick was his teammate Eric Reid. Since then, NFL players from almost every team have joined in Kaepernick’s protest. Many athletes respect Kaepernick’s motive, but not his method. They have invented new forms of the same protest including raising their right fists and helping the military hold the flag. Before a nationally televised game on September 26, the players of the New Orleans Saints and Atlanta Falcons joined hands and formed a unity circle by joining hands at midfield for a moment of silence. 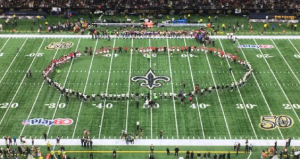 The protest has not been limited to just NFL players. American soccer star Megan Rapinoe is one of the many people taking a knee outside football. Megan explained her reason for taking a knee by saying that “We need to look at all the things the flag and the anthem represent and all the things it means, and is it protecting everybody? There are people who don’t feel as protected as I do every day.” The protest has spread to high school sports teams across the country and even fans attending the games. Preceding a game between the Carolina Panthers and Minnesota Vikings, about 100 fans kneeled outside the stadium during the national anthem.

Many people President Obama to LeBron James have voiced their opinion. When the president was asked what he thought about Kaepernick’s protests, he responded “I believe that us honoring our flag and our anthem is part of what binds us together as a nation. But I also always try to remind folks that part of what makes this country special is that we respect people’s rights to have a different opinion.” LeBron James has voiced a similar opinion. He has said that “standing for the national anthem is something I will do. That’s who I am, that’s what I believe in.” He added “But that doesn’t mean I don’t respect and don’t agree with what Colin Kaepernick is doing.” Numerous other sports figures have shared their thoughts. Marshawn Lynch, a former running back for the Seattle Seahawks explained that he’d “rather see him take a knee than stand up, put his hands up and get murdered.”

It can be argued for hours on end if Kaepernick’s actions were just or not. Some say that he was within his constitutional rights, whereas many say that he was disrespectful. Some even say that Kaepernick started the movement as a publicity stunt. His jersey sales were the highest in the NFL soon after the protest began. If nothing else, his movement has kept the important issue of police brutality against people of color in conversation unlike any event that occurred previously. Many athletes and celebrities have tried to spread awareness, yet no previous attempts have been as successful as this one. 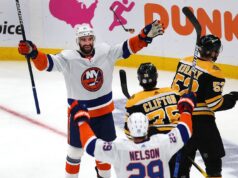 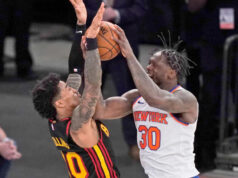 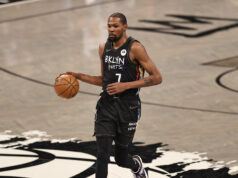