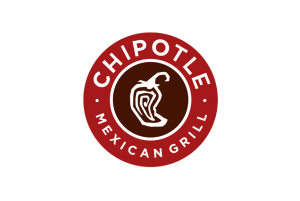 One of Dix Hills’s main hotspots is currently under strict watch. It’s mostly known as a prominent and trendy hangout spot for its convenient fast food. Recently, it was struck with a virus, E-coli. Have you guessed the place yet?

Chipotle has been favored and popular for the past five years. Many consistently feel a strong desire to go out and buy either a tasteful bowl, a filling burrito, or a flaming quesadilla. However, as unfortunate as it sounds, it may be very dangerous to eat their products.

The E.Coli outbreak began in the United States as early as August 2015. According to the Center of Disease Control (CDC) Eleven states have been under careful watch and were quickly struck with a larger outbreak: California, Delaware, Illinois, Kentucky, Maryland, Minnesota, New York, Ohio, Oregon, Pennsylvania, and Washington; these states have reported as much as 21 reported hospitalizations. Word about E-Coli virus spread rapidly, which has resulted in a significant decline in the number of customers. The symptoms of E. Coli include severe stomach cramps, nausea, diarrhea, and vomiting. Luckily, no deaths have been reported since.

On February 16, 2016, the CDC and the Food and Drug Administration (FDA) have reassured Chipotle’s customers that the outbreak has finally come to an end. “We are pleased that the CDC has concluded its investigation, and we have offered our full cooperation throughout,” Chris Arnold, a spokesman for Chipotle, said in a statement. “Over the past few months we have taken significant steps to improve the safety of all of the food we serve, and we are confident that the changes we have made mean that every item on our menu is delicious and safe.”

According to the FDA website, in regards to the Chipotle E. Coli Outbreak, the company has done all that they can to fix the situation. They replaced all their existing ingredients in closed restaurants, they conducted additional deep cleaning and sanitization in all of its restaurants nationwide, and expanded testing of fresh produce, raw meat, and dairy items prior to restocking restaurants. The team plans to do all that it takes to preserve their name and continue to prosper in the future. Consider the Chipotle on Walt Whitman road to be back on track, and safer and cleaner than ever!