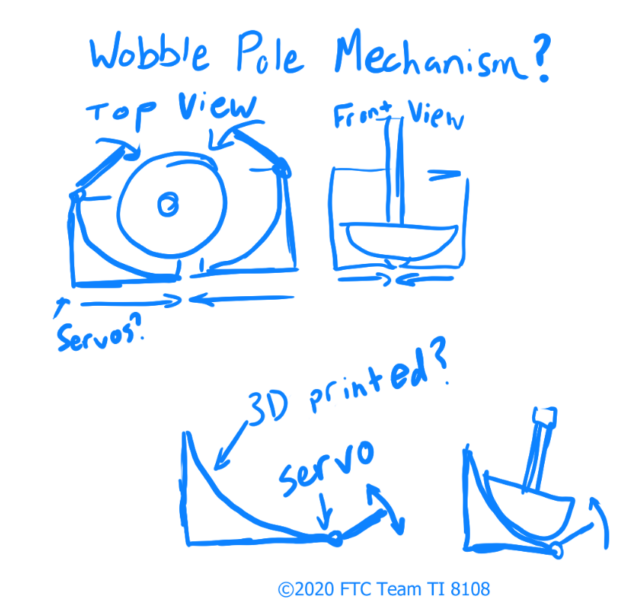 Building a robot from scratch is hard enough, but for High School West’s Robotics team, the obstacles that come with building a robot didn’t end at just detailed calculations and physics. With social distancing guidelines and the introduction of COVID, the creation of an award-winning robot relied on swift social skills and efficient communication along with innovation and technical talent.

What was originally a very hands-on project quickly adapted to online Discord forums and digital models from the comfort of the team’s homes. And, despite it all, 4 out of 5 teams advanced to the FTC Long Island Championships.

Robotics is divided up into 5 teams, each set apart with its own characteristics and team dynamics. These distinctions, from passions and team demographics, all contribute to the awards won by the teams.

The teams, VEGA, WiSE, Rise, Dagaz, and Theoretically Impossible, all function as their own subsections within the umbrella of Robotics, but they all work towards the unified goal of building an award-winning robot for their teams.

This year, each team won an award and, apart from Dagaz, the youngest team advanced to championships — a notable accomplishment in a time of such difficulty.

As COVID regulations and social distancing interfered with team dynamics and goals, each team worked around regulations and still managed to excel. The first obstacle the teams had to maneuver around was limited social interactions, a restriction that wasn’t compatible with the in-person nature of building a robot.

Due to social limitations, the teams transitioned to Discord, a platform generally used for gaming. With Discord, the teams set up different channels and groups by department and tasks to promote teamwork.

In a typical year, meetings would run for around 3 hours, 2 to 3 times a week from September to March, depending on if any team qualifies, but the time commitment doesn’t end there. Outside of school, robotics students also host and attend community outreach events or scrimmages and competitions.

“When you join robotics, the commitment is about equal to that of a sport; you stay at school until 5:15, and a couple of your weekends are taken up by full-day competitions where you go to school when it’s still dark outside and don’t leave until it’s dark again,” said Arjun Sahansra, a senior member of VEGA.

The transition from in-person to virtual was shaky at first, but the team implemented CAD (Computer-Aided Design), which became a viable alternative to physically assembling a robot. CAD was a collaborative way to model and edit the robot with the help of every team member, giving a clear and concise view of the makeup and function of the robot even before assembling it.

Doing so, the digital version became the foundation for building the robots. In comparison to past seasons, Arjun Sahansra revealed that “We would generally build a robot over the course of many months. Once we got all our custom fabricated parts, we built our entire robot in just 4 days this season.”

However, the ease of working with a program like CAD didn’t take away from the struggles COVID brought upon communication.

For team Theoretically Impossible, “COVID made progress painstakingly slow, as the builder has to communicate exactly what was being done to the person who would take over the next day, and if they didn’t have the same vision, then it wasn’t done properly and had to be redone the next time around,” said Kevin Siegall, a senior member.

In an effort to mitigate the issue, the teams began having meetings both on Discord and in-person to consider students who weren’t physically present so they could keep up to date with the ongoings of the team.

“But,” Siegall admitted, “that wasn’t the perfect solution. Many members did not return for this year due to the pandemic and being full remote, and this additionally added to our attendance restrictions. It wasn’t until we started having meetings at our houses that we started seeing real progress. It was almost as if we were 2 months behind schedule. Thankfully, our competition schedule was also 2 months behind schedule.”

The schedules weren’t the only things that COVID affected. “COVID caused us to have virtual competitions which did not bring the same experience of the exciting in-person competitions we’d normally have,” revealed Shreya Kannan, member of WiSE.

Dagaz, the youngest team that wasn’t able to move onto championships, still boasted a victory by winning the Connect Award, which recognizes teams for their involvement in the community. Despite being a relatively new team, their budding passion was palpable throughout the community. Their efforts with a virtual STEM camp and teaching CAD to a class with Equal Access Robotics. Still, as a team centered on community outreach, the introduction of COVID became an obstacle for all the teams’ community outreach efforts.

The WiSE 8110 team won the Inspire Award, the most prestigious award at the competition. Through the team’s extensive STEM outreach to women across the U.S. with the help of social media platforms, the all-female WiSE team was able to bring home an honorable award. The outreach, along with their collaboration, passion for their projects, and team doctrine of helping others “find their magic” (their team motto), they were able to win the esteemed Inspire Award.

As a female team, WiSE prioritizes highlighting women in STEM, understanding the challenges and demands of working in a field traditionally marked for men. According to Marlene Mckinley, “We especially work to highlight women in STEM as we aspire to be in a very male-dominated field and want to create a place for women and girls to feel comfortable and worthy.”

“This is why we make sure all our team members are involved in the design process of our robot because we believe everyone can build a robot. All of us have been encouraged by someone or something to grow an interest in STEM, and many of us continue to graduate studying STEM fields in college. Now, as we’re older, we hope to be those people for others who are curious and want to learn,” revealed Marlene.

Despite the obstacles set forth by COVID, the robotics team had a strong alumni system to rely on when stumped or looking for inspiration. “We have a close relationship with many of the team’s alumni, many of which have gone off to study STEM-related majors at tech schools. As a result, we can reach out to them for guidance if we hit a roadblock,” Siegall explained.

Not only is Robotics a club dependent on science and mechanics, but the club relies on a deeply personal interconnected web of ideas and collaboration. With COVID, personal ties were only strengthened.

Siegall concluded that “Overall, it was definitely the most difficult robotics season we’ve experienced. Keeping motivated was nigh impossible, and so many people quit because they felt they could not contribute. But I’m proud of what we’ve done. This is an incredible showing in a very complicated season, so I’m very thankful for all who worked hard to make this season work, not just on my team but in the club as a whole.