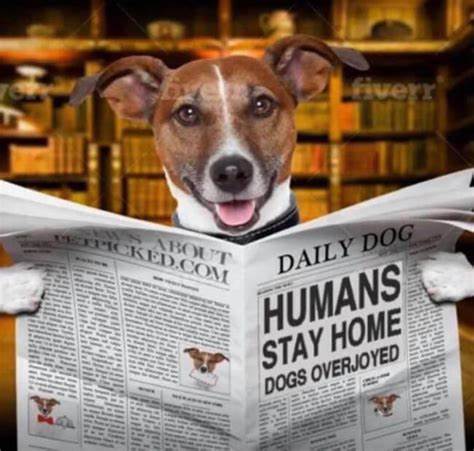 From the first weeks of quarantine in March to the days spent doing school work remotely now, many have been hit with an awful sense of loneliness, isolation, and plain old boredom. People have come up with a vast assortment of ways to cope with these feelings, with one especially prominent and noteworthy (and maybe even a bit surprising)—getting a dog. A CNBC report suggests that around 33% of Americans have thought about getting a pet due to social distancing guidelines.

According to the American Pet Products Association, pet owners will spend a groundbreaking $99 billion on their furry friends this year. This is great for online pet supplies retailers like Chewy; according to Bloomberg.com, they gained more customers between February and July than in all of fiscal 2019. Moreover, the company’s shares went all the way up to $72 in October compared to $30 at the beginning of 2020.

Not only has the business of pet supplies distributors soared, but adoptions from animal shelters have multiplied as well. Per the Washington Post, at a nonprofit shelter called the Society for the Prevention of Cruelty to Animals Los Angeles, adoptions were two times their normal rate by late June, coming in at 10 or 13 adoptions per day, President Madeline Bernstein revealed. A waiting list had even developed for particular kinds of dogs, in addition to a list for any puppy, since the shelter was left with so few. “My inventory is low,” Bernstein said. “All the shelters are in the same boat, but people still want to adopt.”

The Teen Animal Protectors club here at High School West is dedicated to raising awareness of animal abuse and supporting rescue organizations by administering toy and supply drives and fundraising. When asked what she thought the reason for people’s sudden decision to get pets were, Mrs. Rosenblum, the club’s advisor, said, “In my opinion, people working from home feel they now have the time to devote to an animal. I also think people are lonely and are looking for companions to fill that void.” She elucidated that while animal shelters in multiple areas have seen a record number of adoptions, “the surge in adopting dogs is probably already winding down as the winter begins and hopes of a vaccine and a return to “normal” is on the horizon.”

Cecilia McAloney and Nicole Oziel Slatky started One Love Animal Rescue on Long Island three and a half years ago. It is a foster-based rescue organization with homes located throughout Nassau County and Suffolk county. Like many other rescue programs, dog adoptions rose for them during the pandemic, which was challenging. In an interview, Cecilia, the president, said: “We kept adoptions at slightly higher than our normal pace because the pandemic did create struggles for us, like getting enough vet appointments. Veterinarians cut their appointments in probably half because they had minimum staffing, and appointments took longer because the pandemic policy was to go get the dogs from people’s cars and bring them in.” The way that adopters meet their new pets has also changed: “We used to do adoption events at local Petco stores until the pandemic. In the meantime, dogs get picked up at my house…fosters with their dog meet the adopters there. We will return to Petco on weekends when it’s safe.”

Katie Kim is a sophomore at High School West and got her puppy, Tobi, in August. While she had looked at some dogs here, she didn’t feel like any of them were the right match, so ultimately, Tobi came all the way from Korea, and it was the perfect fit. “Over the quarantine, it was really lonely, and I felt like every week was the same ongoing day, and I had no motivation for anything,” she said. “When [Tobi] came, it was a different adventure every day…now not a day [has gone] by [since] the three months [ago] she came that we don’t laugh. It was life-changing.”

Emma Behar is another sophomore at West who had a similar experience with her new dog, Charlie, that she got in July. The boredom of quarantine got to her too, with nowhere to go and no one to see besides the people she lives with. “My parents decided to get a dog, and it was the best idea because since he’s a puppy, most of the day I would have to take care of him, and it was a great distraction,” Emma said.

Alexa Lewis is a junior and got her dog, Banksy, in July as well. Before she got him, her days were “definitely more boring because [she] was stuck in the house and had quickly [run] out of things to do.” Once Banksy came along; however, things changed. “I was able to play with him and have fun all the time…he really helped my boredom since I never got tired of doing that.”

In November, Sophomore Sebastian Correa got his new puppy, Diamond, shortly after the school year. He and his family felt that it would be a good time to add Diamond to the mix with more time spent at home. “My family got a new dog during quarantine because…it [was] convenient since we’d be home more than usual to train her,” he said. The new addition also helped to lift everyone’s spirits. “She also helped boost our moods during this tough time.”

While usually under better circumstances, getting a dog is always a great way to keep busy and brighten peoples’ lives.