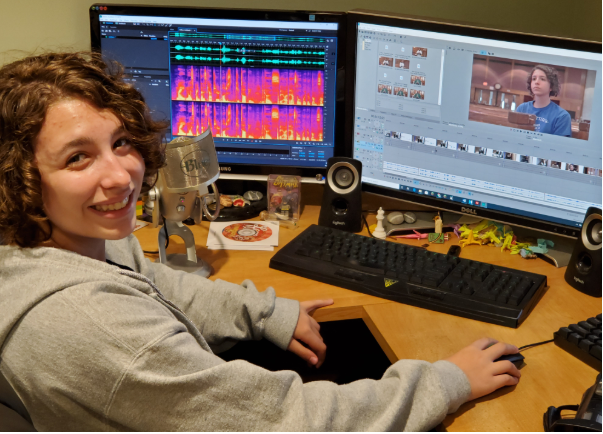 Girl scouts may be known for selling cookies and having slumber parties, but they do so much more than that. Girl Scouts of the United States of America is a youth organization that prides itself on helping girls develop new skills and doing good for their community. Girls that do an outstanding job can receive awards for their actions.

Gioianna DiGiorgio, a sophomore at High School West, has been a girl scout since kindergarten and has recently received one of the highest honors. According to her, “The Girl Scout Gold Award is given to girl scouts who spend 80 hours on a project that will have a lasting impact on their community.”

When asked how she felt receiving this award, she said, “I was very proud. It truly is a humbling experience to spend so much time on a project, and to be awarded such a high honor for it.” Gioianna’s award focused on training altar servers, which she’s been doing every year since the fourth grade. That’s a lot of community service!

To anyone who strives to achieve this award shouldn’t be intimidated, especially since it’s for a good cause. Gioianna shares that girls shouldn’t “give up halfway through,” and that they should “just keep working at it.” Good luck to all the girl scouts out there doing their community service, because it can lead to an award like this.