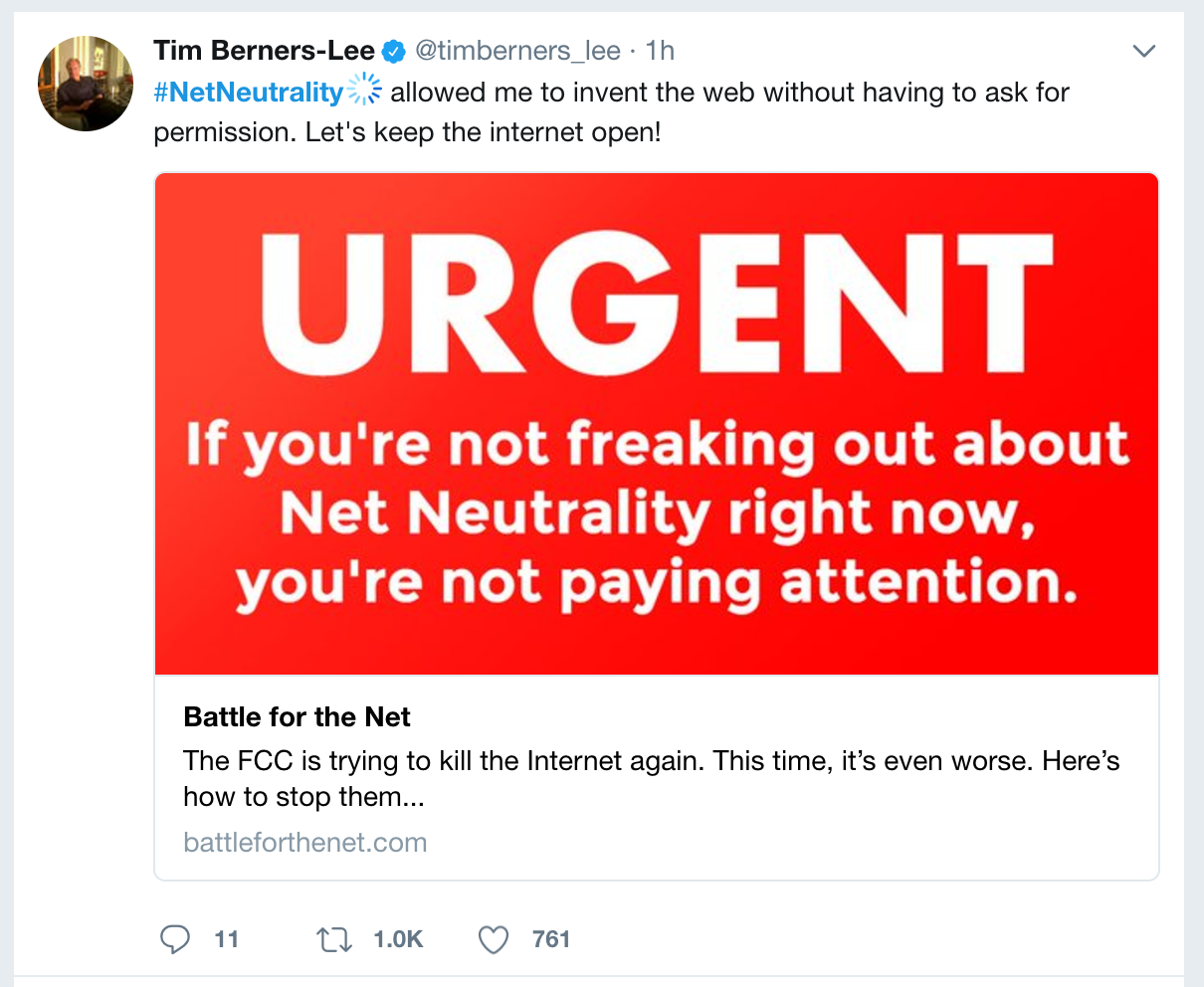 The vote for the freedom of the internet is fast approaching and our current way of life is at stake. Given how much today’s society, especially students, rely on the internet, abolishing net neutrality in America would have a major negative impact on how the world would interact and be educated.
Net neutrality is the theory that broadband internet providers should permit access to internet content regardless of its source and should not alter the transfer of such data. This includes but is not limited to: blocking, hindering, enforcing payment, and favoring content based on source and destination.
To give a short history, in 2014 the idea of net neutrality was almost kissed goodbye; The Federal Communications Commission (FCC) had to decide between either allowing Internet service providers (ISPs) to offer fast or slow lanes for internet access or to classify broadband as a telecommunication service – therefore making it a utility, like electricity. In the end, the FCC chose the latter and in 2015, the Title II of the Communications Act granted clear legal protections regarding net neutrality. Now, companies like Comcast, Verizon, and AT&T want to end net neutrality in order to make it a pro-competitive space for  ISPs.
In May of 2017, the FCC allowed the current FCC chairman Ajit Pai’s plan to move forward, and as a result there were major public outcries. Within days, there were thousands of calls and emails made to Congress regarding the issue; the public felt that its power and freedom over access to the internet were at stake.
Activists did not stop there.  On July 12th of 2017, an event called “Day of Action to Save Net Neutrality” was held in an effort to sustain citizens’ legal rights to Net Neutrality.  Over 50,000 websites, major companies, organizations, and individuals made it their duty to advocate for net neutrality and as a result more people were made aware of the protest and even more letters and calls were sent over to congress.
Although, to some, the abolishment of Net Neutrality might not seem like a big deal,  it actuality it is a major issue. To quote FCC chairman, Ajit Pai, “The FCC will no longer be in the business of micromanaging business models and preemptively prohibiting services and applications and products that could be pro-competitive …We should simply set rules of the road that let companies of all kinds in every sector compete and let consumers decide who wins and loses.” The idea is to make the internet a competitive ground for service providers. The issue with this is that as a result, networkers can influence what we see, therefore leading to issues with freedom of speech and education. With only one service provider, this provider can offer only one-sided news and throttle the connection to websites, making it impossible to load material, while another service provider may increase their prices for both right wing and left wing news.
Another possibility is  that consumers may be forced to pay for websites in “packages.” Imagine news sites being advertised for a specific price and social media for a seperate price, while on top of that being forced to pay for either slow or fast lanes of internet connection. The words of the people against topics such as oppression, government, education and human rights will not matter if service providers block this content from being heard.
In addition, there are a multitude of people who will be disadvantaged and stunted by the
elimination of net neutrality, but one important group is those who are already struggling to pay for their current internet service. For many students at High School West and across the country, this is an important issue. If prices for service are increased, the chances of these students having access to the internet decreases, thus cutting them off from education, resources, communication, and so much more. Your peers and fellow citizens would be left without the proper means of surviving in this day and age, forcing many even deeper into the trenches of poverty.
Think of it as only having Apple’s MacBook Pro® on the market; this means nothing for the people who could easily afford one. However, for those who can only afford a two hundred dollar laptop, this is detrimental.
The World Wide Web is no longer an idea. It is a reality in our world. The internet is an ever-evolving means  of communication, education, freedom of speech, and more.  It is intrinsic to our new way of life, and repealing net neutrality would  change the course of our history as a people. The fall of Net Neutrality in America would have a major negative impact on not only our country, but the rest of the world at large.

The FCC will vote on Ajit Pai’s proposal on Dec. 14, 2017. In order to avoid future throttling, censorship and extra fees, please contact our Congress. The following sources are places to go to for more information or to write a letter/call Congress: