Home Arts & Ent. Beyond the 13 Reasons: Why We All Need to Change 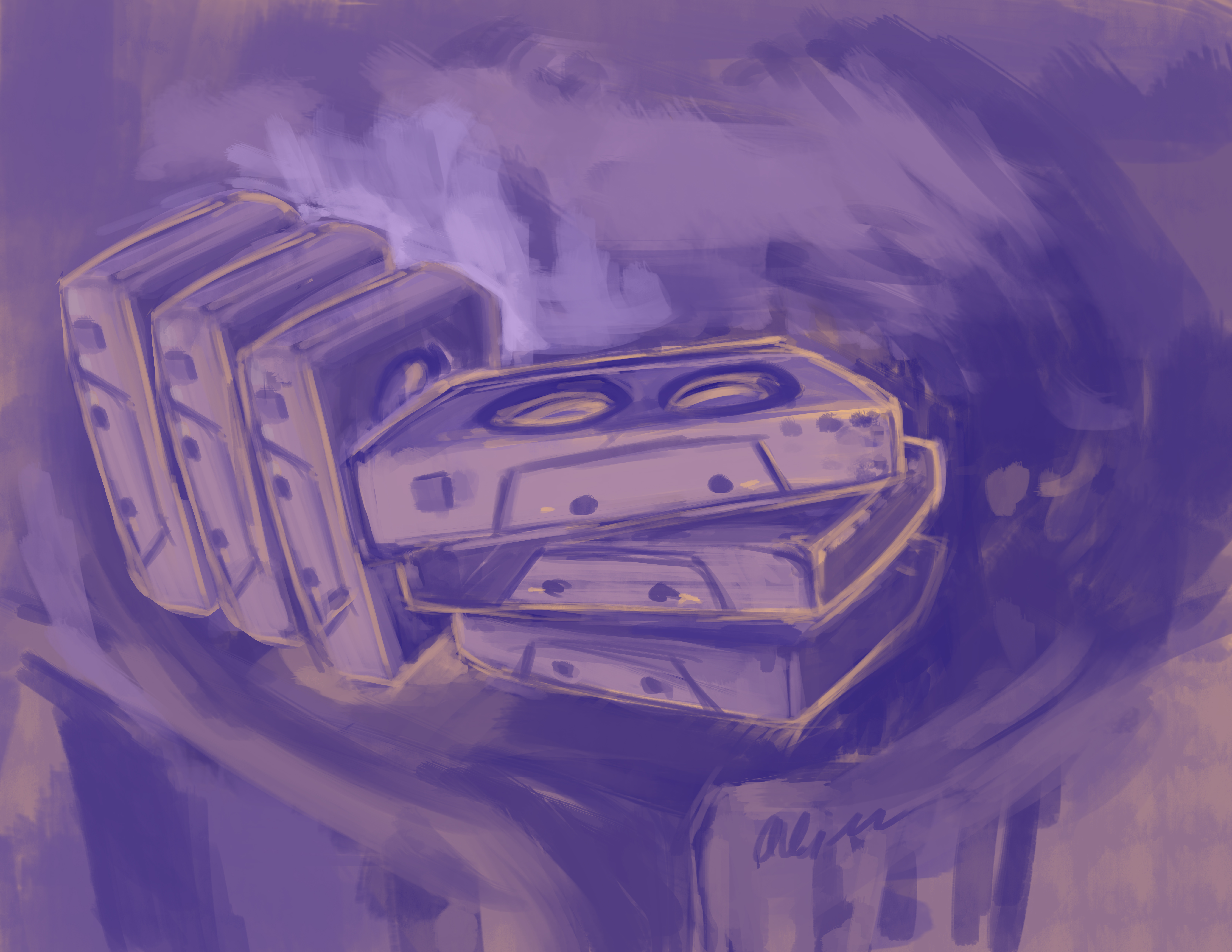 Since its Netflix release in March, 13 Reasons Why has taken the media by storm, teeming in both praise and criticism, compliment and controversy. This comes as a surprise to nobody, being that it tackles the hugely current yet incredibly difficult issues of bullying, teenage suicide, and the effects they have on an entire community.

Psychologists, school administrators, and concerned parents have been using 13 Reasons Why as a vehicle to address and discuss these very challenging yet very palpable topics with students. Even within Half Hollow Hills itself, the administration has emailed parents and guardians, recognizing the “sensitive issues” and “unintended confusion and emotional responses” that have been surrounding the show.

If you are unfamiliar with the plot, it may not be easy to follow why such an enormous deal has been made about 13 Reasons Why. The story focuses on Clay Jensen, a close friend of Hannah Baker- a young teen who commits suicide after moving to Liberty High. Before killing herself, she recorded 13 tapes, illustrating the causes of her death for all who contributed to it. Each tape is assigned to a person.

A gripe many critics have is that the show contains messages that may not be clearly received. A central quandary throughout the show is the question: “Who really killed Hannah Baker?” Of course, from the outside, we can see that no one person was at fault for Hannah’s untimely demise; however, it was the culmination of the actions as well as the silence of many of her peers that contributed her suicide. That notion becomes quite ambiguous once a watcher becomes invested and involved in the plot. As to stay away from spoilers as much as possible, let’s just say that with 13 Reasons Why, everything you see is not necessarily what you get. Many times, the tapes aren’t an acutely accurate depiction of the events as they transpired. They were simply Hannah’s perception of what had occurred, leading to falsely placed blame. The decisions made by the creators of 13 Reasons Why were deliberate and purposeful. By the very end, the viewer comes to understand that everyone played a part in what led up to Hannah’s suicide, and if just one of the many people who hurt her -or one those who stood idly by and did nothing- had shown some compassion, perhaps she would still have been alive. 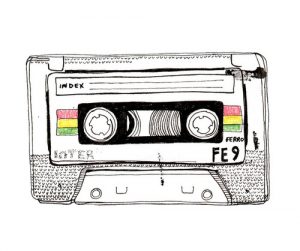 Another aspect of the show that has been resonating with the public has been the bold symbolism demonstrated throughout the thirteen episodes. Many small moments of significance add up largely, leaving a huge impact on the viewer. During the fourth episode, Clay has a flashback of himself and Hannah as they discuss monster films- specifically ones involving zombies. Clay says that he “doesn’t understand” these zombies, which, in this case, represent Liberty High and the students in them. Although he claims not to understand them, the meaning here is much more significant. Clay, himself, is one of these “zombies,” but he doesn’t even know it. Coming full circle, Clay ultimately doesn’t see what’s wrong with Hannah until it’s too late. He plays along with the status quo without comprehending how much she was truly hurting.  One such instance was the “Ass List.” This list is one of the first of Hannah’s reasons, and although it was one of the least egregious ones that are seen, it left an impact on her. A friend of Hannah’s made a list in which she was put down as having the “best ass” in Liberty High. All around, this is seen as a compliment to everybody. Everybody, that is, except Hannah herself. Even Clay sees this as a positive at first, but he doesn’t see the impact it left on her until it was too late. Once the list is seen by the whole school, Hannah was damaged.

School nurses, Nurse Stephanie and Nurse Patty, gave some insight as to why this -not entirely unfeasible- instance would occur. “It comes from students not listening to each other,” said Nurse Stephanie, “as the well as the introduction of social media.” Mrs. Curry, the health teacher, had similar thoughts. “Social Media,” she said, “Has caused us to care for each other less, so when we type insults, we don’t feel it as much.” Considering how often bullying takes place in reality and in media, this theme is extremely relevant.

The realism that 13 Reasons Why provides is another significant contributing factor as to why it has gained such immense popularity. Liberty High relates to a real high school, even, unfortunately, High School West. And, in real High School, suicide is not taken seriously until it needs to be. Arbitrarily thrown around are such phrases as, “Oh my goodness, I’m going to kill myself!” But when does it become time to take these seemingly joking comments seriously?

Further, in other onscreen interpretations of high schools, cliques are exclusive and reign supreme, and the idea of jocks “ruling the school” is a sort of high school code. However, 13 Reasons Why shows a very important and often overlooked reality: victims of high school bullying can come from all walks of life. Certain cliques and supposed stereotypes interact throughout the show, including jocks, cheerleaders, honor society students, goths, and so on, and they all play a central role in the society of the school itself. It helps create an ever-present, ominous feeling that this could happen to anyone, anywhere.

Part of what makes the suicide of Hannah Baker so disturbing to such a large audience is the representation of parents and school administration who don’t realize the severity of the situation in time. Hannah Baker, as well as Clay Jensen’s parents, both play integral roles throughout the series, as well as the head guidance counselor and school principal. By the time that they realize the error of their miscalculations, a young girl had already lost her life. But how do we know when it’s time to put the pieces together and realize that something is truly and terribly wrong?

Mrs. Reynolds, a school guidance counselor, explains, “Usually what you will see are things that might be more subtleties that you may notice happening within your friend group. Maybe they’re canceling weekend plans, not being as enthusiastic about things they were interested in previously, change in weight or temper… At this point, you should question, ‘Hm, is there something going on?’ That’s when you should be, hopefully, reaching out to someone who can provide a little bit more help to that person.”

But what about the guilt that the characters feel after Hannah Baker takes her own life? How were they expected to see this coming? Mrs. Reynolds weighs in: “In no way should a student feel responsible for the well being of every other student in the school, but, as friends, you usually know before anyone else- anybody of authority or any other support professional in the building. You know your friends.”

13 Reasons Why provides a strong message about how we all -student body and staff combined- can work harder and together to decidedly treat each other better. This show leaves us all thinking, which was ultimately the point, right? It addresses issues that don’t sit well with us, and rightly so. Rape, bullying, suicide… None of these ideas should be taken lightly. None of these ideas should be easy for us to consider. However, if they aren’t acknowledged, then they can never be fought. Instead of shying away from discussing these topics, 13 Reasons Why takes them head on, bringing them to the table to be discussed by the general public.

Although many question the methods by which this show brings these topics into the discussion, it is important to realize that, for the first time, rape, bullying, and suicide are under the microscope of pop culture. If this show does nothing else, this is its most profound legacy: 13 Reasons Why makes you upset. By making you upset, it is doing its job.

If we find ourselves complacent about the way things are, then nothing will ever change.

13 Reasons Why is not standing alone as pop culture begins to embrace these difficult issues that used to be seen as “taboo.” Maryland rapper, Logic, appeals to this same idea in his new song, “1-800-273-8255.” Not by any coincidence, the name of this song is also the number of the Suicide Prevention Hotline. Logic explains the meaning behind the song, “When I jumped on a tour bus that started in Los Angeles, California and I ended in New York City and did a fan tour where I went to fan’s houses and shared meals with them, hung out with…fans that I met randomly, they’ve said things like, ‘Your music has saved my life. You’ve saved my life…’ Man, I wasn’t even trying to save nobody’s life. And then it hit me, the power that I have as an artist with a voice. I wasn’t even trying to save your life. Now, what can happen if I actually did?”

Logic goes into detail describing his thought process behind his art, saying, “The second hook and verse is from the perspective of the operator on the other end of the line… Due to his conversation with the National Suicide Prevention Lifeline, he no longer has suicidal thoughts and plans on living his life normally again.”

The overall message of 13 Reasons Why, along with the light behind “1-800,” isn’t that suicide is poetic or that it is a viable method for dealing with one’s problems. Instead,  it shines a light on what it truly means to be a bystander, and how easy it truly is to turn a blind eye to the wrongdoings that occur around us every day. They accentuate the idea that reaching out for help isn’t a sign of weakness, but an innately human sign of strength. They promote a united body in which we actively lift each other up instead of tearing each other down. By embracing kindness and care among the student body, we can all contribute to reducing the number of teen lives taken by suicide. That was the genuine purpose behind the creation of this show and the birth of Logic’s song, and that is why they have become such instant and overwhelming successes.

But, whether this will be the beginning of a movement for change, or if it will fizzle like any other fad, is on us. It is on us to treat others with kindness. It is on us stand up for what is wrong. It is on us to create a more positive and active school environment. And, beyond a shadow of a doubt, it is on us to prevent teenage suicide. We have the tools.

With 13 Reasons Why as our warning and “1-800” has our anthem, it’s time to stop indulging in the status quo, and to stand up for a change in how we approach the ideas of mental health on campus. So, how do we begin?

“It usually takes one conversation or even many conversations,” Mrs. Reynolds said. “You have to really think what they’re thinking about… The best thing to do to see if your friend is just going through a rough patch or if it’s something serious, is just talk to them. Have a very open and honest conversation, continue to have that open door to show that you are there if they need help. It’s also important to understand when it’s time to elicit the help of parents or professionals, even if that’s a difficult conversation to have. Would you rather have a friend mad at you, or would you rather have a friend that’s dead?”