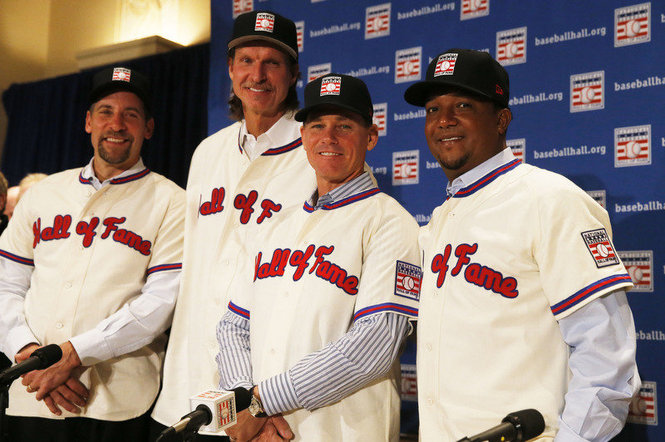 The 2015 Major League Baseball Hall of Fame class was revealed to the public on Tuesday afternoon. Four men were enshrined with the honor to enter the hallowed halls of Cooperstown. The four elected men were Randy Johnson, Pedro Martinez, John Smoltz and Craig Biggio. Johnson, Martinez and Smoltz were all first ballot inductees and Biggio was elected in his 3rd year on the ballot. This was the biggest class to be inducted into the hall of fame in 60 years. In 1955 four were also elected, headlined by Yankee great, Joe DiMaggio. Randy Johnson ended his illustrious career with a spectacular 303 Wins and 4,875 strikeouts, finishing his career in 2nd place on the all time strikeouts list. Randy Johnson was also a key member of the 2001 Arizona Diamondbacks team that beat the New York Yankees in the World Series. Pedro Martinez finished his career with over 200 victories and over 3,100 strikeouts, but his career numbers were hampered by injuries throughout his career. However, Martinez had a 7 year stretch from 1997 to 2003 where he was considered by most to be the best pitcher in the entire sport. This utterly dominant run can only be compared to the stretch that all time great Sandy Koufax had from 1961 to 1966. John Smoltz was a part of the trio of Atlanta Braves starting pitchers that helped to lead the team to 14 consecutive division titles. The other two members of the trio were Greg Maddux and Tom Glavine, both of whom were elected to the Hall of Fame on their first ballot last year. Smoltz is also the only player in MLB history with 200+ victories and 150+ saves. Craig Biggio, the only position player of the group, finished his career with over 3,000 hits and with the most doubles of all time by a right handed hitter. Biggio was a member of the Killer B’s along with Lance Berkman and Jeff Bagwell, this group powered the Houston Astros to a World Series appearance in 2005. Biggio was born and raised on Long Island, as he attended Kings Park High School.
As everyone knows, almost nothing in sports is done without controversy, and this year, just like every other year before, there were a few snubs for the Hall of Fame. This group included Jeff Bagwell, Tim Raines and ex-Yankee great Mike Mussina. Barry Bonds and Roger Clemens also came up short, however they have been surrounded by controversy for most of their careers due to involvements with drugs on the MLB’s banned substance list. The one person who is considered by most to be the biggest snub of the year was Mike Piazza. Piazza is the consensus pick for being not only the 2nd greatest New York Met of all time, behind only Tom Seaver, but also the single greatest offensive catcher in history. Piazza finished his career with 427 home runs, 396 of these came when he was behind the dish. The 396 Home Runs are by far the most Home Runs by any catcher in MLB history. This was Piazza’s third year on the ballot, and he fell just 5% shy of the required 75% of the votes needed to gain induction into the hall. Piazza should have no issue with getting elected next year as he has continued to increase his vote total every year he has been on the ballot.
Randy Johnson, Pedro Martinez, John Smoltz and Craig Biggio will all officially be inducted into the Hall of Fame in July when the induction ceremony takes place. 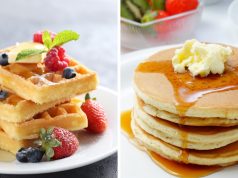